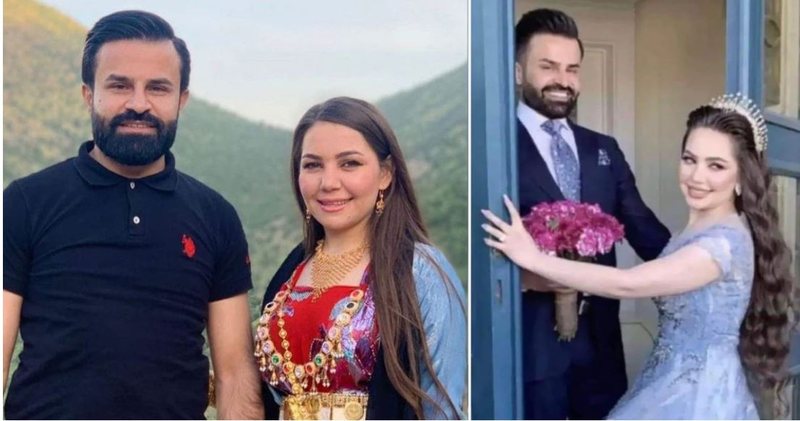 The girl you see in the photos attached to the news is the first confirmed victim of the tragedy on the French coast where 27 people lost their lives trying to enter the UK.

Baran Nouri Hamadami, traveled to several countries, Germany and France, to meet after a long time her fiancé living in England, a surprise of hers which ended in tragedy.

Today, the father of the 24-year-old, who was devastated by the serious tragedy in the canal between France and England, severely attacked the traffickers and the two countries, England and France, reacted to foreign media.

"This is a tragedy not only for me, but for the whole of Kurdistan and the world. I urge the French government to tighten its borders and stop those butchers. They are not smugglers, they are mobsters. This is my only request.

Those boats they are using are not made for this purpose. They treat the poor like animals.

Where were her human rights? It is the role of the French government to have a strict procedure to stop those butchers to avoid further tragedy.

"And I hope our people stop thinking about migration using similar methods," Nuri Mohammed Amin, the father of the 24-year-old, told the media.

What happened to the canal between France and England?

The 27 victims is the balance of the tragedy that occurred in this canal where citizens from the Middle East were trying to cross to England.

Among the victims are learned to be 5 women and a minor girl meanwhile French police handcuffed immediately after the event 5 people linked to human trafficking to the UK.

One of the victims is 24-year-old Hamadamin, a newly engaged student who had traveled through Germany and France to join her fiancé in the UK.

She had paid a hefty sum for the traffickers in order to cross safely to England.

According to the evidence, she spoke to her fiancé, Karzan Asaad, and he was tracking the GPS on her phone.

The signal went out after 4 hours at sea, and her last message was that the boat had capsized but rescuers were on their way.

Her body was tragically identified by a relative at a French morgue yesterday.