"My luxury yacht is not allowed to anchor" / The world-famous Albanian model explodes in revolt, calling on all citizens of our country to ... 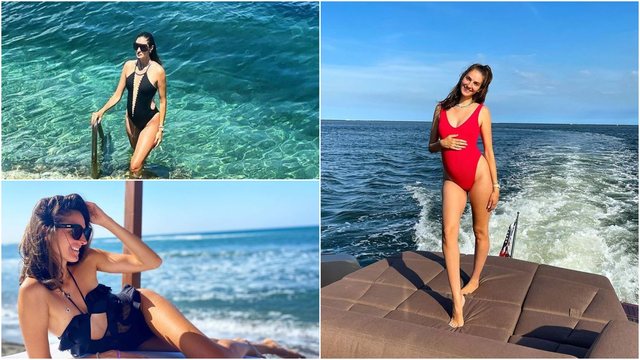 As every year, Emina Çunmulaj and her family have started the summer vacation by yacht, with which they travel to different coastal places in Montenegro.

But, the Albanian model has learned that the yacht they are traveling on is not allowed to pass in Ulcinj and this has made her very nervous.

Through several posts on Instastory, Emina emphasizes that this is a discrimination against Ulcinj, where many Albanians live, preventing the possibility of using its coastline to develop more. 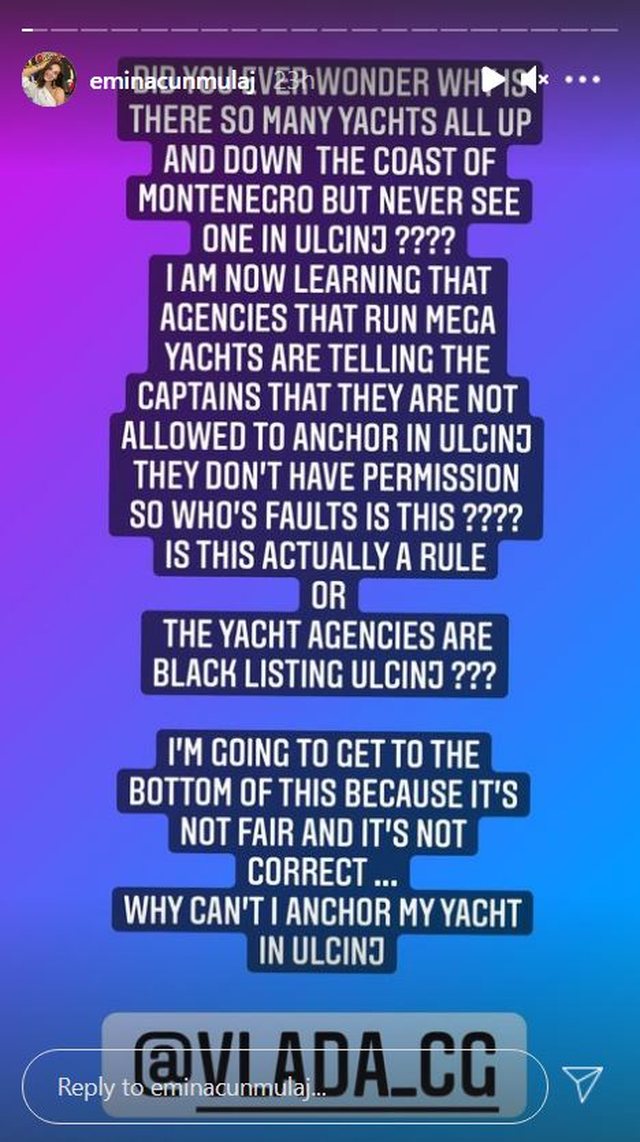 "Have you ever wondered why there are so many large yachts along the entire Montenegrin coastline except in Ulcinj?" Now I learned that the agencies tell the captains that they are not allowed to anchor in Ulcinj, they do not have a permit, so whose fault is this? 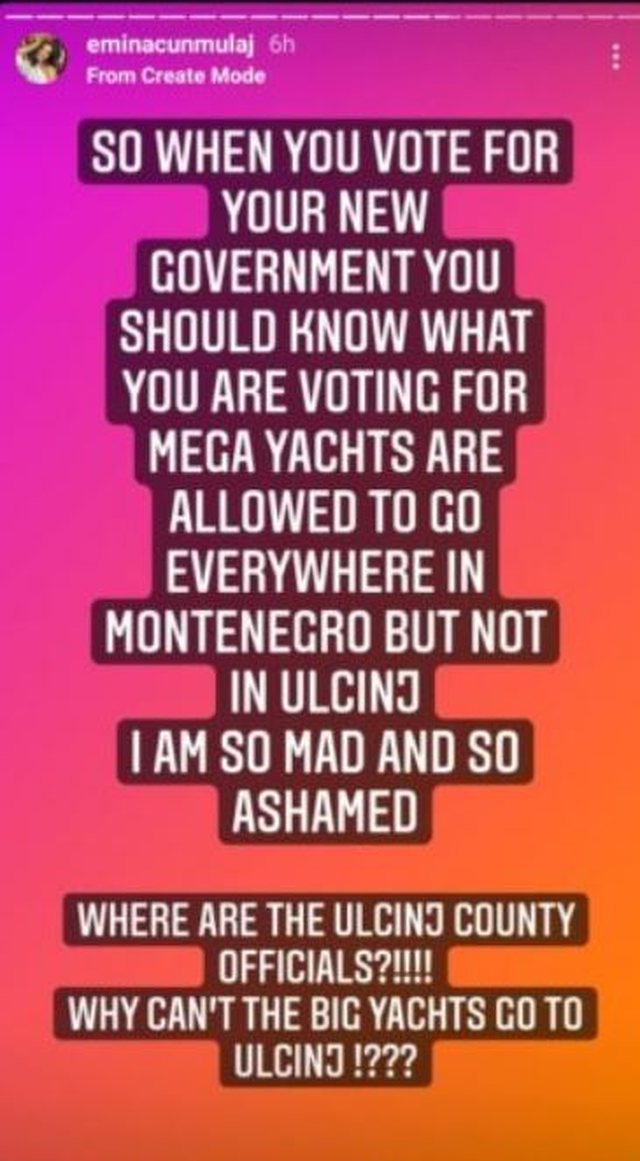 Is this a law or have yacht agencies blacklisted Ulcinj? I will get to the top of this issue because it is not fair and it is not correct. Why can't I anchor my yacht in Ulcinj? 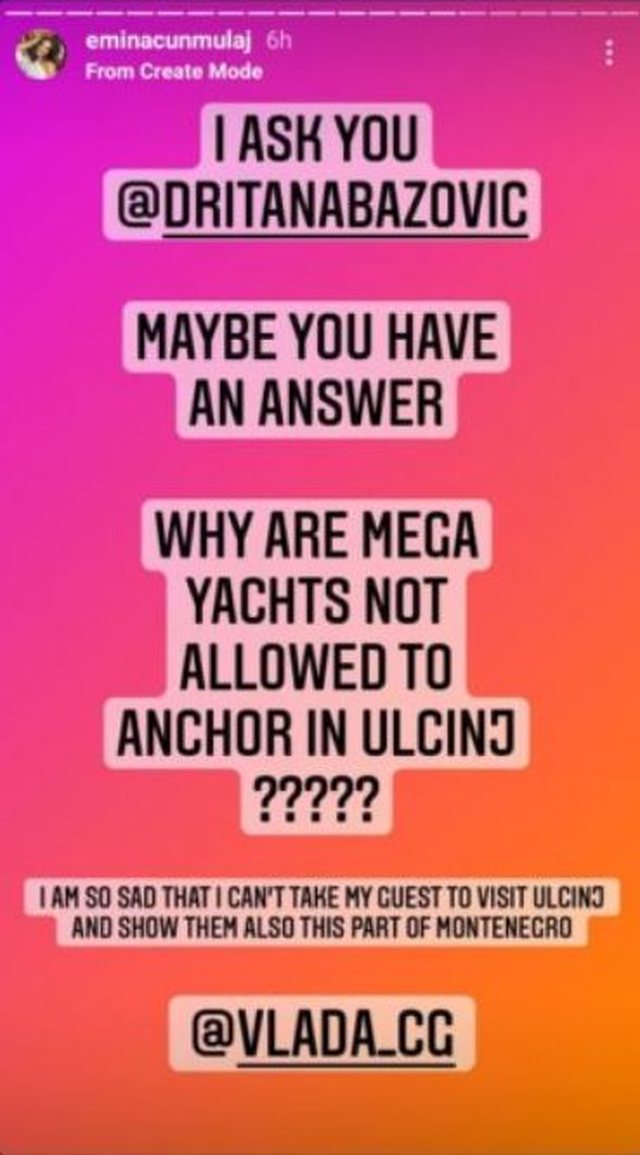 And for those of you who say 'wow what problems do you have', believe me this is your problem more than mine. I am here for 1, 2 months and then I continue to live my life .. but for the love I have for my country and for my people I will not be silent.

If you are silent and do not speak, it means that all tourism businesses will go to the north coast, while you in Ulcinj will not get anything. So keep silent and stay as you were 20 years ago ", wrote Çunmulaj.