"You are a flatterer"/ The long-awaited meeting in Big Brother VIP, Efi leaves nothing unsaid to Olta: the highlight was with Kevin... 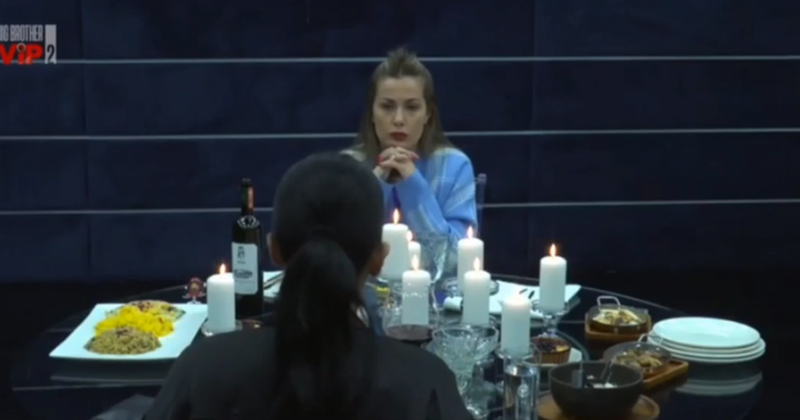 Yesterday during the prime of "Big Brother VIP2", Efi Dhedhes and Olta Gixhari refused to do the challenge of the week. The two residents fell together as a couple to take care of the baby.

As Arbana Osmani tried in every way to apologize to each other and do the test together, she found another alternative.

The public-loving moderator told Olta and Efi that they would have dinner together, and both accepted.

And this happened this evening, where the two residents started clarifying with each other.

Part of the conversation between them:

Efi: I cursed you yesterday

Olta: You have done it other times. You called me a liar

Efi: It is a fact that you did it

Olta: It's not pretty. I said I'll leave it, so much I left it, you went to the point, in the ridiculous definition 'I don't deal with you because I'm afraid of you'. I said I'm not getting along with this man, when will Luizi and you calm down. I got a strong intervention from Luizi for your arrogance towards me.

Efi: It is not necessary to bring people close to me to understand some things. From the beginning I saw that you are a flattering person, the way you approached me.

I started from some things 'the person who ran away said that he pushed him, but he didn't push you. Ghent's part, the moves I never saw, and I pocketed that too. The highlight was Kevin. In the debate we were outside, I saw the answer you gave to Luiz, I also saw others who wanted answers

You weren't really hurt by the situation, but you were interested in getting your answer. Mu taking a man who doesn't think about anything else, but only get his own answers

Olta: You were swollen in the meantime

Efi: No, not really. At that point I started telling Vee 'I'm right'. Outside I saw a Kevin insulting Luiz and I said 'how nice this chick is talking'.

One of the residents with whom Kejvina was very close during her stay in Big Bro...