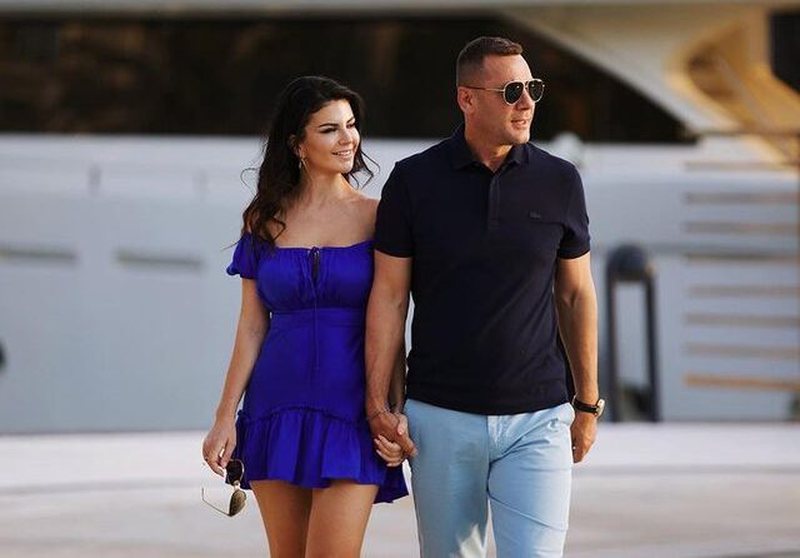 The moderator and comedy actress, Rudina Dembacaj, has spoken openly about the difficulties she faced at the beginning of her relationship with former MP Mark Frroku (whom she now has a husband) and the relationship with his parents.

The actress said that at the beginning of the relationship with the former MP "in addition to the children having to get used to a new man, we also had to endure idiotic pressures from the outside". But she stressed that she took extreme 'measures'.

The normal father-in-law, of all the father-in-laws I've had in my life, I love Peng Frrokun the most. I wanted another one from my mother-in-law, but I can't say which one.

How could it not be? But he has never bothered me with jealousy.

What is your relationship with your mother-in-law?

She is old, Marku takes good care of her and her father, me too, with the things you need. I make my mother-in-law very happy.

She is a lucky woman to have me as a bride.

What does it mean to be in love with a man who has children?

It means that from 1 child you have 4. I don't have enough for Instagram, I don't act as good if I really am not like that.

I feel blessed. The beginning was difficult, because in addition to the children having to get used to a new person, we also had to endure idiotic pressures from the outside.

Thanks to God, on this occasion, like me and Mark, we got to know the true spirit of many people.

As the extremist that I am, I have taken extreme 'measures'. Mark has more patience, forgives more. I cannot call them Mark's children, because they are my children. I become a "kamikaze" for them, as I become for Viki. When you're a mother, you know what it means to have children."