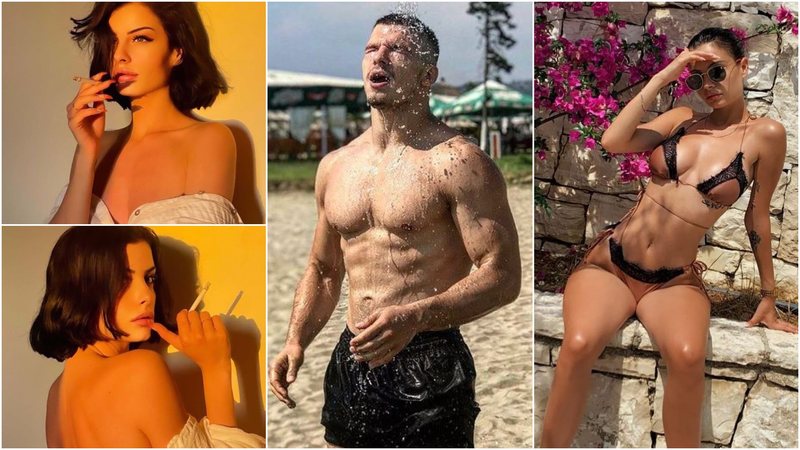 Former competitors, Andi Artani and Jasmina Kadriu decided to leave "Për'puthen" together, to see how their relationship would continue abroad.

Just a few days after this decision, it was learned that the couple are no longer together and the nails for each other on social networks were not missing.

Jasmina was the first to react through a status on InstaStory, where she emphasized the fact that Andi had "betrayed" her.

Today Andi was invited to the program where he surprised everyone with his statement about his ex-partner. He said he had never had an affair with Jasmina but simply an acquaintance going on, dismissing his entire story with the former competitor.

Andy: I ??do not think there was a connection point. There has been ongoing recognition that has happened here during the program. Bora, you know very well that there have been cases where I have stated yes, can you call them a connection, no. The statement falls that you are simply interested.

Bora: Now you are making us all believe that there was nothing else between the two of you, you just stated and kissed twice here on the program?

Bora: Did that happen between the two of you?

Andy: She herself mentioned that we shared a bed together.

Andy: You're calling the connection the bed together, we did not coexist, it is not a connection.

Ori Nebijaj and Flori Gjini were today invited to the show "Wake Up" to talk abo...