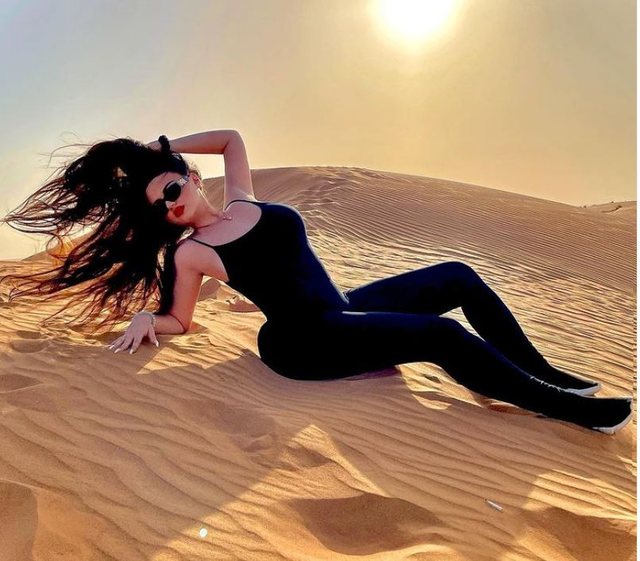 The famous singer, Enca Haxhia, is very active in her profiles on her social networks. On her "Instagram" you can find many photos and videos, where there are many "hot" ones.

But recently, Enca has received attention with several posts on "Instastory", where he shows that he has been harassed by a famous character.

As a character without filters and complexes, the singer has decided to show that an on-screen celebrity has teased her on social media. But this time Enca has decided not to make his name public.

A famous character teases him on "Instagram", Enca asks

Since she did not reply to his messages, he deleted them. But, this did not escape the eye of Enca, who captured the 'screenshot'.

Enca then asks the fans if they would like to know the name of the person in question who wrote them and then deleted the messages.

Although her followers have said "yes", the singer has decided to be good this time. But she has warned that if such a thing happens again, she will also reveal her name. 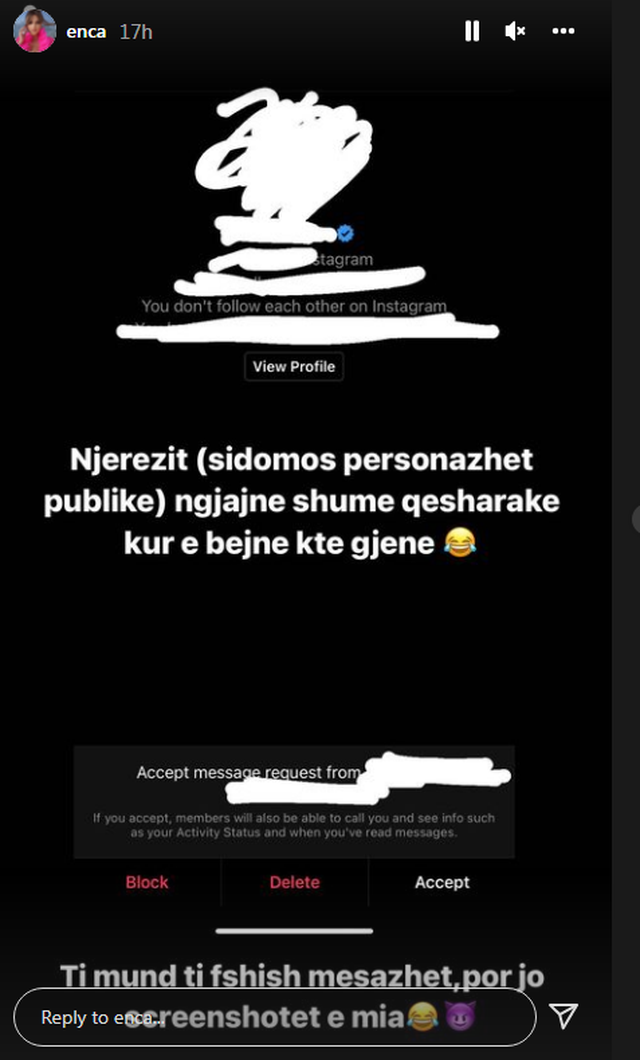 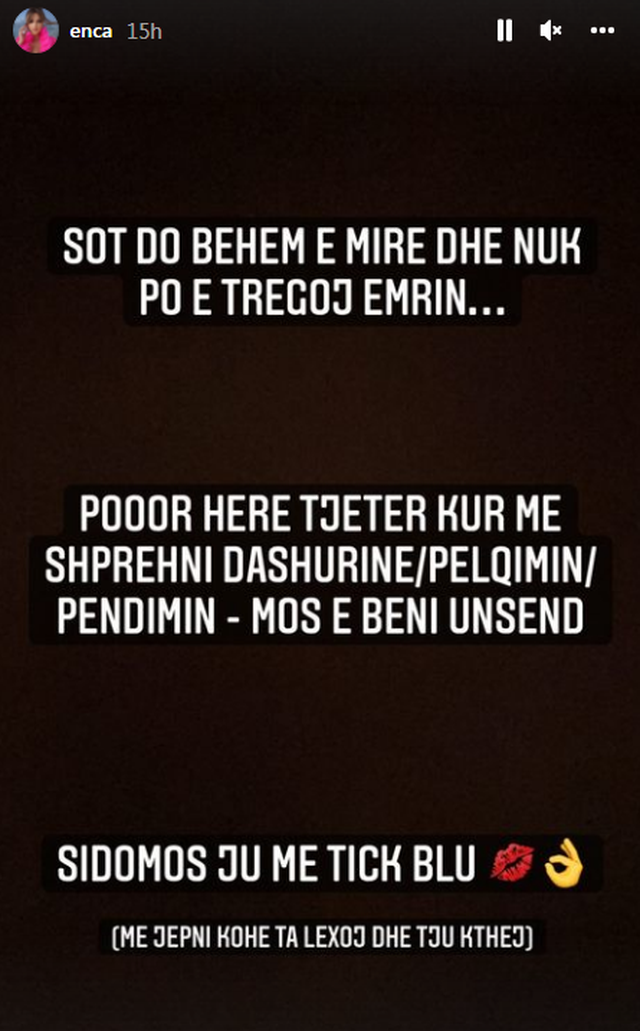