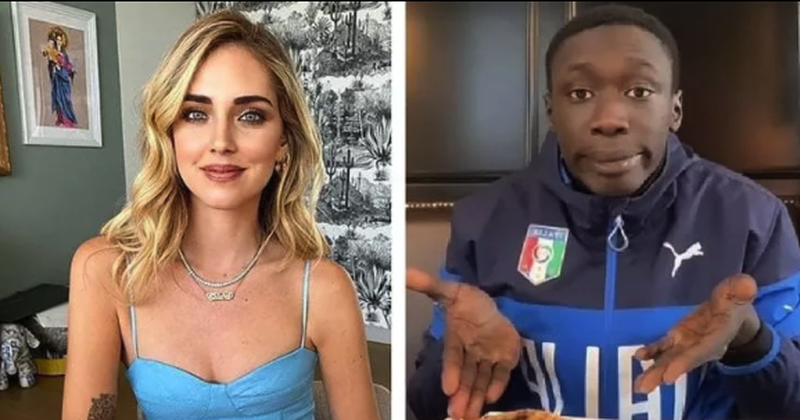 21-year-old Khaby Lame who has become very famous with his videos on TikTok, has ousted blogger Chiara Ferragni from the throne.

As of today, Chiara is no longer the "queen of Instagram" in Italy, while Khaby already has over 24 million followers on Instagram.

The young man has received attention in international newspapers as one of the most followed people on social networks around the world.

In March last year, Khaby decided to open an address on TikTok to make some hilarious videos, as a kind of reaction to some weird videos circulating around the network.

"I am in love", the former contestant of 'Përputhen' leaves everyone speechless with her statement: I want to become a mother without a father!

What happened? Ermal Mamaqi and three actors of the 'HOT' series end up in cells

Police surround the Cadastre offices of Tirana, Klodiana Lala reveals who the three arrested are (NAMES)

Other shocking details from the life of Britney Spears, who shared 55 hours after she married her childhood friend: Some men dressed in black ...

Surprises the moderator of 'Top Channel', reveals that she has found her girlfriend, but will never make it public for this reason

The well-known Albanian moderator returns after a long absence, on which screen will we see her?

Rudina Dembacaj reveals why for her marriage is the worst habit and talks about the relationship with Mark: I will do the ceremony but I have a condition for all the guests ...

"I have not met the girl for two years", the famous actress recounts through tears the most difficult period of her life (PHOTO)

Fiori Dardha confesses for the first time her illness that she has been suffering from for a long time: I have even taken to bed, she has been beating me for days…

"Our Beast" / Actress Arjola Demiri sets the network on fire, publishes sexy bikini photos from holidays in the south of the country, fans 'go crazy' after her

Well-known Albanian actress, Arjola Demiri knows how to always be in the spotl...

"He stayed in the shower for a long time" / The famous actor of "Gladiator" is found dead, suspicions are cleared

Scottish actor Mike Mitchell, who has starred in major films such as "Gladiato...

Shocking details emerge about the life of the famous singer, how her mother forced her to separate 55 hours after she married her childhood friend, the ex-husband says: We lived a nightmare!

Shocking new details have emerged from the life of the famous singer, Britney ...

While we were waiting ... Xhevdet Mustafa (Part...

"Sparkata" of an aspirant for prime minister be...