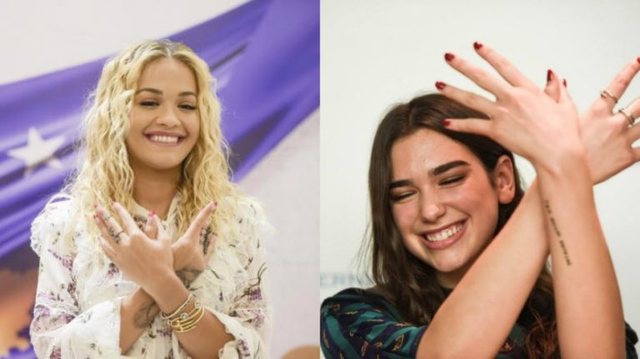 The well-known singer, Dua Lipa "electrified" the big stage last night in Skënderbej square. Thousands of her fans were present at her concert.

Although the exact number of followers of last night's concert in the capital is still unknown, the website "Dua Lipa Today" writes that there were about 200,000 spectators in the square.

"Dua Lipa's last free concert from the Future Nostalgia tour is now the most attended concert by a solo artist in history, with an estimated 200,000 spectators. She surpassed the record set by Tina Turner in 1998," the page reads. 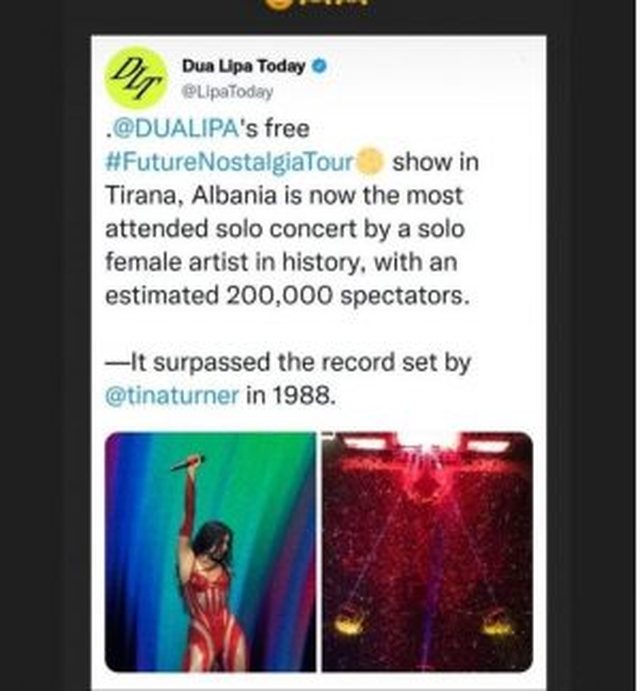 How much did Rita Ora collect? A website writes that 300,000 people attended Rita's concert in Kosovo in 2018.

Even the singer's sister has made a reaction to this post. 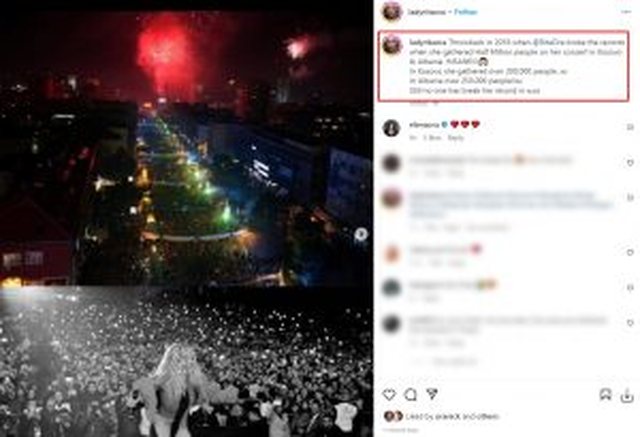 The singer of Albanian origin, Dua Lipa, electrified the stage last night with her performance in "Skënderbej" square. During the performance, Dua also spoke in the Albanian language where she thanked all her fans

"Thank you for the support and energy you are giving us tonight. This is the last night of the tour and it ends tonight in Tirana with you. Thank you so much for being here. I know that there are people here who do not come from Tirana but also from abroad. I feel so grateful to be here tonight. Happy Independence Day! The only thing I want is for you to enjoy yourself!" she said among other things.

"She's jealous"/ The 'fight' between Kiara and Tea breaks out about Luiz: She hugs him...

"You manipulated the situation"/ Zhaklina lashes out at Olta: Selling morality is easy, but creating it is difficult

"But where did Olta push you?", Arbana and Zhaklina react to Olta: If you will continue to...

"Here is also the voice of..."/ Luiz's songs are played inside the house, but see Kiara's reaction (VIDEO)

"He was about to shoot you...", Efi and Olta don't find peace and "clash" again: I can't see it with my eyes

Efi and Olta are two of the residents who don't seem to get along at all in the ...

One year after the loss of her mother, the well-known moderator comes out with a request for her followers (Photo)

Today has been a sad day for Fjoralba Ponari, as it is one year since her mother...

Luiz surprises everyone with his look, here is the drastic change of the singer (PHOTO)

We will see Luiz in today's prime of Big Brother VIP Albania with a new look. 1 ...

Is the reason revealed or not in a relationship outside the house of "BBV" Luiz Ejlli?

When he entered "Big Brother Vip" he was an "unknown" on social networks, while ...

"I also ate human excrement"/ Amos shocks with the strange confession: When I was 4 years old...

Amos and Dea cooked together today in the kitchen of Big Brother Albania. While ...

"Olta, a naked woman", Deizi makes a strong reaction to Efi's +18 video: Without morals and the scum of society (Photo)