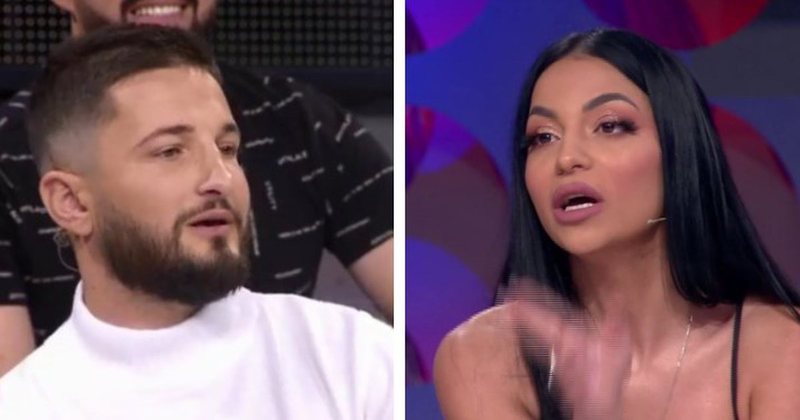 Today in "Për'puthen" was broadcast the meeting between Toles and Marcos, who commented on some of the competitors. He called Michelle thatuqe, which the latter did not like at all.

"I was actually surprised that I was expecting a meeting from that girl, Mikela. I did not like the way he made the choice of meeting. She has done the role of mom in meetings. "He said that he wanted a man with st and went out to meet children", said Marko.

Mikela came out in the middle of the studio and made a pirouette showing her body lines well.

"I'm not a hairdresser, you probably did not see me well, I'm doing a pirouette. I'm very okay with the shapes I have," Mikela told.

"Thatuqe is said to be petted," replied Marko.