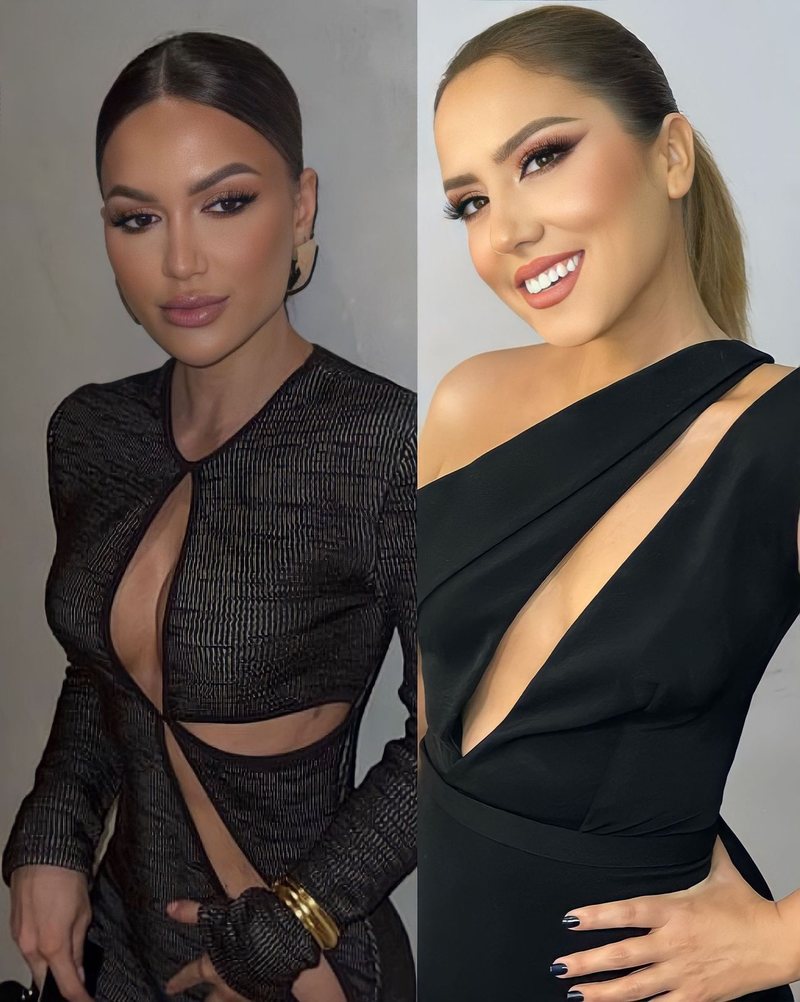 A break in the relationship between Arbana Osman and Lori Hoxha was rumored for a long time in the network.

Doubts started initially from social networks, where for months there was no joint post of them, to continue with the absence at events.

However, in one of her last appearances, the moderator said that her relationship with the owner of "Top Channel" did not need words, that's why she chose not to react.

Recently, Lori was in a virtual conversation with her followers and said two words about Arbana.

As a follower asked her to describe Osmani in just two words, she said: "Super hardworking."

"The rumors that are circulating influence whether they are true. If I have a relationship that I'm sure of, because I know how I have it, I don't need to make denials. Regarding the comment that was made on the relationship with Lori, there was no room for discussions and clarifications, because from the moment "BBV1" ended, she told me that she will also have me in "BBV2" - said Arbana invited in "E Diell" for Lori Hoxha.

It is worth noting that it was officially confirmed in the "BBV" promo, now deleted, that Arbana Osmani will be the moderator of the second season of the program.

When there was no concrete reaction from Arbana and Eduarti, or from Lori Hoxha, various hypotheses about the breakdown of relations between them circulated on the network.

The two main ones are: "Jealousy" of Arbana Osmani for the attention that Bora Zemani is getting recently and the fact that Arbana and Eduarti have accepted the invitation to collaborate with "RTSH" for the "Song Festival."

What everyone was waiting for happens, Kiara "decides" to marry Luizi, one of the residents refuses to participate in the unexpected wedding that is being organized inside the house of "BBVA"

Dalina Buzi "breaks down" Olta's game in "Big Brother": She is not a soldier, she makes the strongest confrontation with Luizi

"Treated it like a rag", residents "explode" for the Luiz-Tea report (Video)

The debate about Diola Dosti, the moderator breaks out badly: You still think that the father...

"Television market"! Arjan Çani returns to the screen, the well-known journalist decides to leave after 12 years

The well-known journalist and news anchor, Juli Xhokaxhi, after 12 years, will n...

On her birthday, Ledri congratulates her mother with the heartfelt words: Happy birthday, the best in the world (PHOTO)

"I can't even leave the dog", Dorina Mema after the surprise for Olta: Come out, the boy is too small (PHOTO)

Actress Olta Gixhari received the biggest surprise that a mother can receive ins...

Wedding inside the Big Brother Vip house? The residents organize the ceremony for Kiara and Luiz, Tea surprises everyone with the statement: I will go as the lover

Big Brother has tasked the residents to organize a wedding inside the house toda...

"Tactless and offensive reaction", Ben Blushi responds to Ismail Kadare's daughter and tells her the truth

"To get rid of Big Brother", Olta Gixhari gets "furious" badly and lets her mouth go completely (VIDEO)

This morning, Olta Gixhari woke up very upset. This was said by the well-known a...