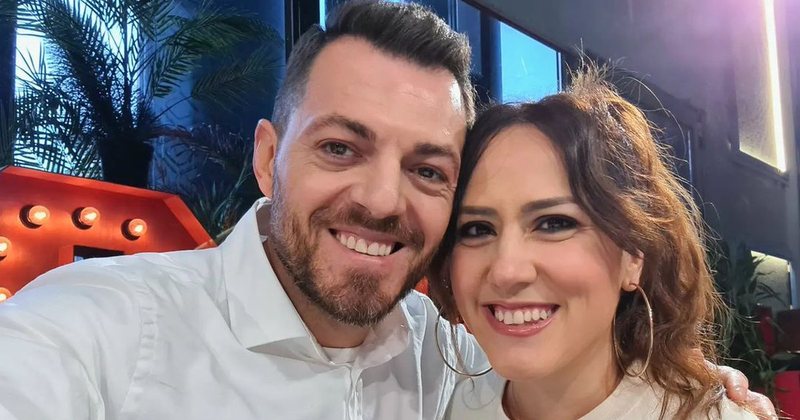 The well-known journalist and moderator, Blendi Salaj, was recently invited to the show "Top Arena" on Top Channel. He conducted a short interview with the moderator, Alesia Bami.

During this interview, Bami asked Salaj about his relations with his colleagues, with whom he has collaborated over the years.

"I got along well with everyone. I worked with Edi Manushi, with Arbana Osmani in "Big Brother". They are people that I love because they convey to me an extraordinary positivity", said the well-known journalist.

Alesia then asked him another question, asking him to tell her who he thinks is the most talented moderator in Albania. Salaj singled out the name of the moderator beloved by the public, Arbana Osmani, as he said:

"Arbana Osmani really has a special place. All these years that he has been on the screen, he has done everything with personality and intelligence and has been able to maintain an extraordinary relationship with the public".

And who is the weak moderator according to Blendi Salaj? The journalist preferred not to say names, but said:

"Weak ones are all you want, I don't watch much TV if the moderators are weak. I miss intelligent television, intelligent media, that make you think, feel, characters that inspire you positively. I am tired of these ignorant characters, jackal wolves, who take more space than they deserve on the screen and set an example that is not right".

What happened last night? A fight breaks out between Efi and Tea: I'm leaving, brother, you're not well, it depends on how you give it

In the most famous house in Albania, there were many debates and ours was strong...

Eni Çobani narrates stories from her life like never before: I was working as a lecturer, my father-in-law hung up on the secretary of the university and the reason was...

Eni Çobani, invited to the "Taste of Home" show, also told a story that h...