His departure after many years caused a stir/ "It's s*ks in the middle of the day", Arjan Çani breaks the silence and speaks for the first time about the future of 'Zone e Lire', shows when he will return and the motives that led him to 'divorce' 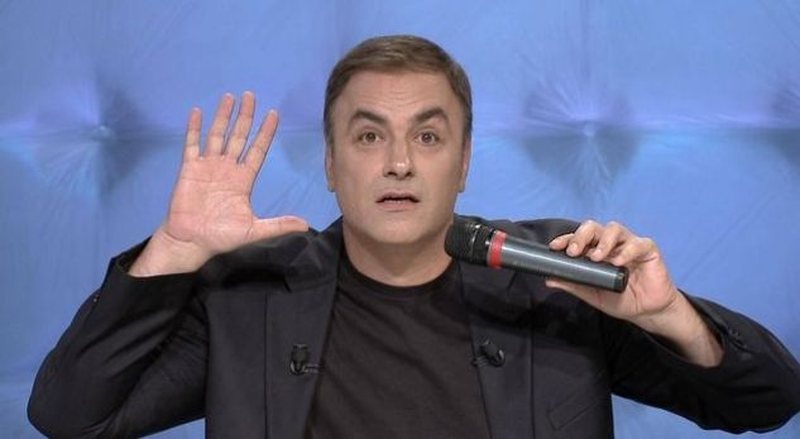 After many years, Arjan Cani did not return to the screen every Friday this new television season in "Klan" with "Zone e Lirë", as the reasons for his departure remain a mystery.

Regarding this, the well-known journalist spoke last evening on "Night with Aulona", in an interview where he confessed a lot, of course about his program, his career on television, but also about his personal life.

Initially, Çani admitted that in recent years both he and his show had changed, due to "numerous pressures from all sides". He said that 20 years ago when the "Free Zone" started and for a 10-year-old, all the content of his program and the guests were "free" to express themselves as they wanted, while then the rules of the AMA came into play. -s and many other factors, which forced him to change his approach and the way he came to the public.

Regarding the critics of "Zone e Lire" he said that in fact he was never abused in his program and if there was censorship and criticism, he raises the question: "Where is this public and these measures today when in reality shows different having sex at inconvenient times, in the middle of the day?” Also, the journalist called these formats "disgusting", while he did not hesitate to be the "lawyer" for his show and what it brought to the screen.

Meanwhile, regarding the departure from television and the "vacation" he has taken, the moderator said that "Free Zone" will simply not be in Klan anymore, but will soon start somewhere else, without confirming where. He showed that he could have left the television where he was 3 years ago, but he chose to stay, while the reason for leaving was completely natural and not at all "shocking" for him since the moment had come to happen. Cani confessed that he maintains respect and "parted" with good relations with the leaders of the Klan, while the motives he called for the "divorce" were technical and due to third parties, which according to him the public has no interest in knowing.

Where will the "Free Zone" come soon? While he did not mention the name of the television station, Cani admitted that he had talks with "Abc News", but they did not agree to start. He also confirmed the news that he talked with the leaders of "Top Channel", not to take the place that was left empty at that time by Sokol Balla, but for something completely different, that in the end they still did not agree to start it. While his program itself will initially come as "Free Zone - Work in progress", i.e. as a variant under construction of the program and with the passing of puntatas it will come as something big that "will leave them speechless" all".

Cani said that he was currently working on the program and will be back very soon, while also saying that the format will undergo some minor changes. The reason why he had not returned yet, according to the journalist, is because he evaluated every offer he made and took enough time to do the best for the "Free Zone" and of course himself.

Kiara got jealous? "We did a mega performance", Luizi talks about massage, spa and phone calls: We won, I and Tea will give them.../ The moderator's immediate reaction comes (VIDEO)

Kiara-Luiz or Bora-Donald-Beatrix, it is revealed which of the stories is holding the "throne"

"I don't sleep at all"/ Diola and Johni talk while hugging: To peel you... (VIDEO)

Diola and Xhonatani have performed together in the "Talent Show" organized in th...

Kiss on the lips between two residents in Big Brother, the viral images are spreading rapidly on the network (VIDEO)

The first kiss between the two residents of Big Brother happened. Thousands...

'You are neither the first nor the last to...', Kiara 'shocks' Luiz and gives him the most 'bitter' message (Video)

Luiz Ejlli and Kiara Tito talk from time to time late at night, where there are ...

"If he comes..."/ Luizi is afraid of the entrance of Kiara's ex-boyfriend, Bjordi makes a mistake: Who is Ylli Baka

This morning Luizi was telling Bjordi the biggest fear he has inside the Big Bro...

"Shame is eaten with bread", Ardit Çuni reveals the serious incident that happened to him before the final of "DWTS" (Video)

The singer Ardit Çuni has shared with his followers on "TikTok", a "scary...

After the 'earthquake' caused by the publication of the book, it is revealed what will happen to Prince Harry

He is one of the people who has conquered the foreign media in the last period. ...