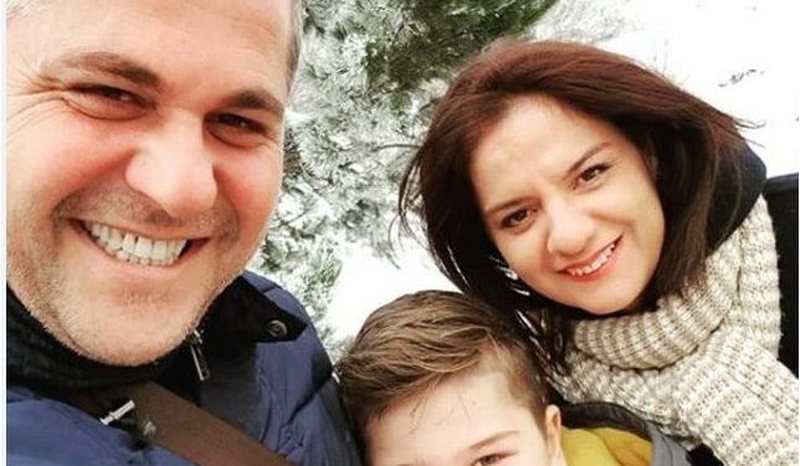 Actor and moderator Gentian Zenelaj has confessed many details from his personal life during a television interview.

Asked by the moderator Dembacaj who makes the law in their house, Gentian Zenelaj did not hesitate and bluntly said that "the woman makes the law". During his confession, Zenelaj told how he and his wife started life together.

Rudina Dembacaj: Who makes the law in your house, you, Aida or Aria?

Gentian Zenelaj: In our house, the law is made by the woman, who God wanted to be Aida, so the woman.

Gentian Zenelaj: No, it is not true. Gjirokastrites are not stingy.

Gentian Zenelaj: My marriage has been a mountain, mountain, mountain, not in terms of my relationship with Aida, but we really started with an unpainted house, with furniture from the time of Enver and with a bicycle. Believe me, I decided everything in this life together with Aida.

"Part Time" has placed Gentian Zenelaj in the role of a waiter, but apparently it is not the first time that the actor and moderator has tried such an experience. Zenelaj has shown that in 1997 he worked as a waiter in a restaurant in Tirana.

Rudina Dembacaj: How was the experience today?

Gentian Zenelaj: A miracle, compared to 1997 when I worked as a waiter, things have changed a lot.

Rudina Dembacaj: Where did you work as a waiter in 1997?

Gentian Zenelaj: In Tirana. Clients were coming with pistols to the table. Today they give up cigarettes, then they used to give up pistols.

Rudina Dembacaj: Have you ever been threatened with "what money do you want"?

Gentian Zenelaj: No, they could run away without paying, but you scolded them after they had run away at least 2 kilometers from the bar. There were very difficult times for the waiter profession in those years.

Rudina Dembacaj: How old were you?

Rudina Dembacaj: How long have you worked as a waiter?

Gentian Zenelaj: I worked for 1 full terrible summer in Tirana in a restaurant.