The murder of Pjeter Kola in Pukë, accompanied by a woman from Berat, the police's suspicions are revealed 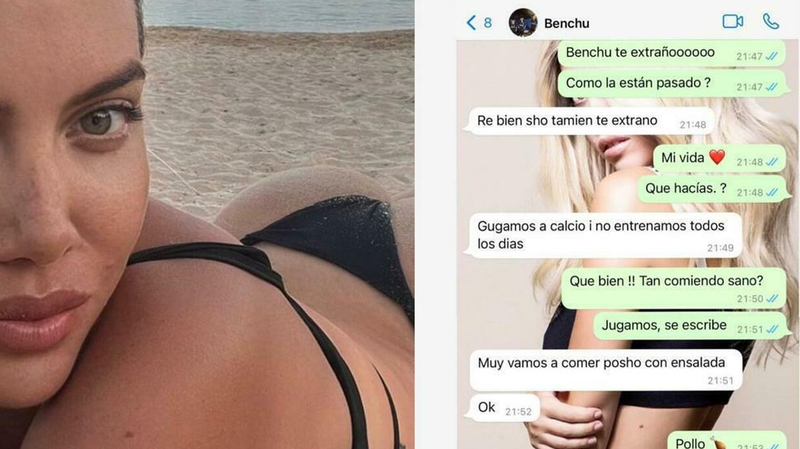 Wanda Nara every day more and more in the spotlight. The Argentinian beauty is at the center of rumors and disputes that see her close to divorce with Mauro Icardi. But, this time Wanda is speaking for herself about some of her statements published to followers on Instagram. Curiosity about the manager and the entrepreneur is getting stronger and stronger, so that she has come to spread the conversation with her ex-husband, Maxi Lopez.

While the rumors about the possible divorce do not die down, Wanda Nara on Instagram answers the curiosities of her millions of fans. Despite probably receiving hundreds of questions about the possible crisis with the Paris Saint Germain footballer, Wanda did not shy away from other questions. Some of them had to do with his children and the relationship with their father, Maxi Lopez. Those who asked her why she no longer published videos or photos with her older children, she answered: "I am with my father." But the curiosity of the fans is certainly not extinguished here. After explaining why he hasn't published photos of the boys for a long time, another follower asked him: "Are you happy when your children are with their father? Wanda responded not with words, but this time with actions, posting a 'screenshot' of a conversation with her son Benedicto.

The relationship between Wanda Narës and Maxi Lopez

After a stormy farewell due to Wanda Nara's betrayal of Maxi Lopez, with current husband Mauro Icardi, the relationship between the two seems to have relaxed again. And to restore peace was exactly the most difficult period for Wanda Nara, that of Wandagate and the alleged betrayal of Icardi. On that occasion, Maxi Lopez did not hold back to help his ex-wife, taking care of the children while she suffered from heart problems. On that occasion, the calmness between the two returned and to confirm it, think another 'screenshot' of Wanda. In fact, a follower asked her if she was getting along with her ex Maxi Lopez. The woman responded with another 'screenshot', this time of a conversation with the father of her children. There it can be seen that the former footballer sent him a photo with his eldest son, Valentino López, saying that the other two are taking a bath. In short, the relationship between Wanda and the ex is better than ever. Thus denying the rumors leaked in the last few days in an Argentine television program.

Her current husband, Mauro Icardi, is not mentioned in any story. The policy implemented by Wanda Nara and made public by the post in which she wrote: "Sometimes silence is the answer" continues. And his response to fans' questions, without ever mentioning it, appears to be another swipe at the PSG striker. The relationship between the two now seems to be permanently compromised and divorce is getting closer and closer.