Who is she with? Silvana Bushati tells her personal story: She presents, I gave her clothes and she asked for money 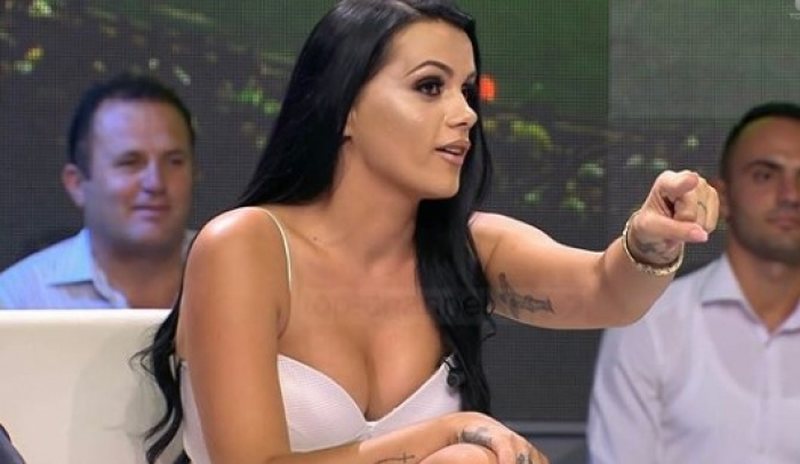 Today in 'Abc e Pasdites' we talked about the feeling of gratitude and how much we feel it in our society. Invited to the studio, Silvana Bushati told a very personal story that for her symbolizes exactly being ungrateful:

"One of the television girls who today, not that she has done anything big, is working on the show. I was the impetus for her to appear on the screen, and I said, for example, 'Ermal, will you please have her as a guest?' At one point, he went on a show and was looking to fill his chronicle. And I said my daughter plays soccer, take it. Rather to honor him. Ah, he said, money is needed there. I swear that even with my clothes, the same, I appear on the screen. My daughter has gone all over the place. The word he says destroys you as a person." - said Bushati.

Meanwhile, pedagogue Helena Halili said that sometimes we are too quick to judge, forgetting that some people may not have the opportunity to return the honor in order to show gratitude. As long as we don't do good deeds with the intention of them being returned to us, everything is fine, says Halili, but we must put ourselves in the other's shoes when he needs a hand but has nothing to give.

"Some people have trouble recovering their memory and remembering when they were 'little'. They forget on the way, because the large sizes do not see the small sizes of a hand. There are times when people forget, but there are times when they don't have the opportunity to show gratitude. A lady once said to me 'I have nothing to give you but I pray that God will make it light'." - said pedagogy.

Albi Dhima said that ingratitude is a negative virtue that is massively found in television studios and in relationships with public figures. According to him, fame transforms people and when the doors of television have been opened to you, you should be grateful and not arrogant.

"People should be grateful for an opportunity. You were given that TV time, you should be thankful. How you use it is a personal matter." - said Dhima.

This is how the truth of the relationship between Ilir Shaqiri and Sabiani is, who was the well-known person who "separated" them, the singer confesses for the first time

"I would take it with pride", Adi Krasta's great wish is fulfilled one year after... (PHOTO)

The well-known journalist, Adi Krasta, has received the citizenship of Kosovo Al...

An unexpected confession comes to the scene/ "We kissed with passion...", Prince Harry's ex-girlfriend tells the love story: I was 34 years old and a mother of two children, I hope that Meghan...

Catherine Ommanney has recently opened up about her one-month relationship with ...

"He made a bodyguard of...", the Italian model does not spare Donald Veshaj and openly shows his sympathy for the well-known Albanian singer: This is what I would ask him every morning

Albanian model Jori Delli has not hesitated to express her sympathy for Donald V...

After the well-known Albanian moderator, another contestant is revealed in "Big Brother VIP Albania"

Although Big Brother VIP Albania has started gathering the cast of characters....

The well-known Albanian singer does not get angry! The quarrel between Big Mama and Antonela Berisha continues! Big Mama explodes against the former resident of 'Big Brother Vip'

Big Mama in "Zemër Luana" was involved in a game where the singer Poni was ...

What happened to the famous moderator of 'Top Channel'? Dojna Mema explodes in revolt: Remember this thing I am telling you...

Albania today celebrates the 110th anniversary of the declaration of independenc...