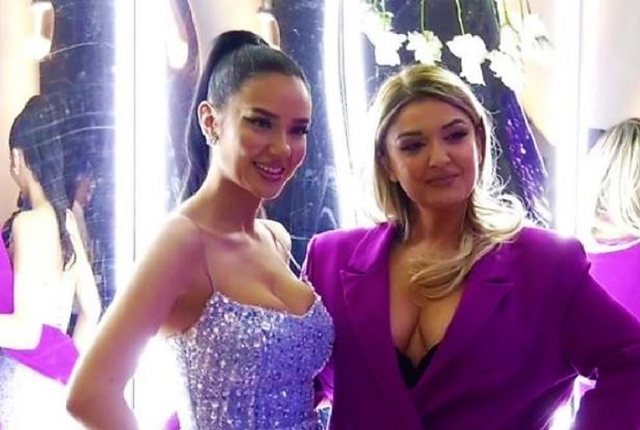 Bora Zemani and Donald Veshaj have finally accepted their reunion. The couple, who have been secretly enjoying love for months, published a photo together yesterday, fulfilling the fans' wish.

Of course, there have been many reactions of well-known characters to this photo, so much expected. Among the commentators was Olsa Muhameti. Bora's colleague and friend did not hide her happiness for the couple, commenting on their photo. "Love wins over everything," writes Olsa. Olsa is probably not the only one who has changed her mind about Donald in recent months. 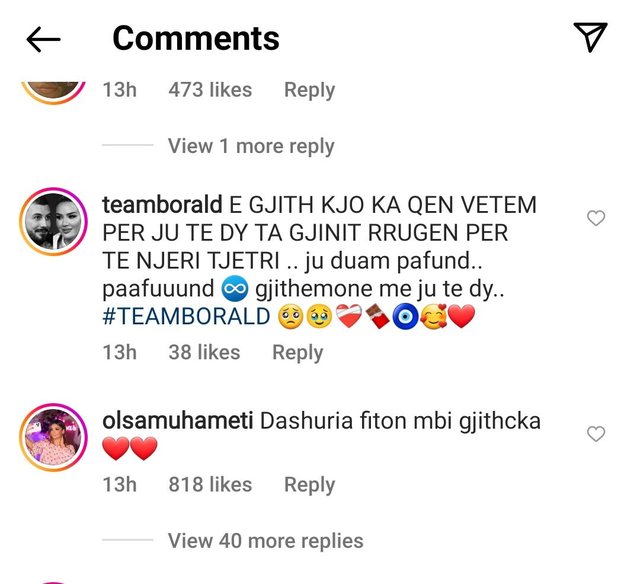 At the time when the actor was part of Big Brother and connected with Beatrix, Olsa was among the characters who publicly attacked him, not hiding her 'disgust' with the actor. "Only strong men don't play games with women, weak and insecure men do." Olsa would write that period. But when Bora forgave Donald, how could Olsa not forgive him too. Today, the author of "Purputhen" is among the closest people to the couple, leaving behind the bitter statements of the recent past.