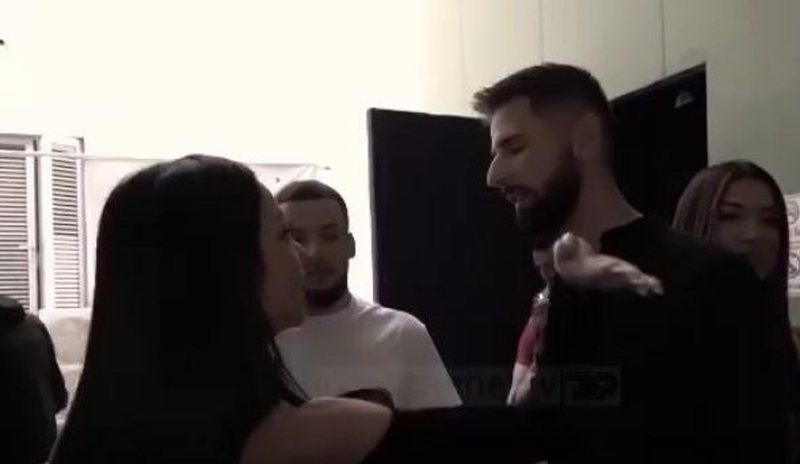 The debate started between the two competitors, Mikela and Jurgen, has continued even after the end of the program on Friday.

Tonight on 'Match Prime' were broadcast some pieces that the public had not seen.

Mikela and Jurgen have turned into insults and the situation has become even more tense. She slapped the latter in the face and told him "do not come near to kill me, see how you became, how you became, like death".

Meanwhile, after the slap, Jurgen said "Even in it we stay, so that women oppress us".

We remember that the latter addressed a very serious phrase to Mikela, saying that "she sells herself for 5 thousand lek"