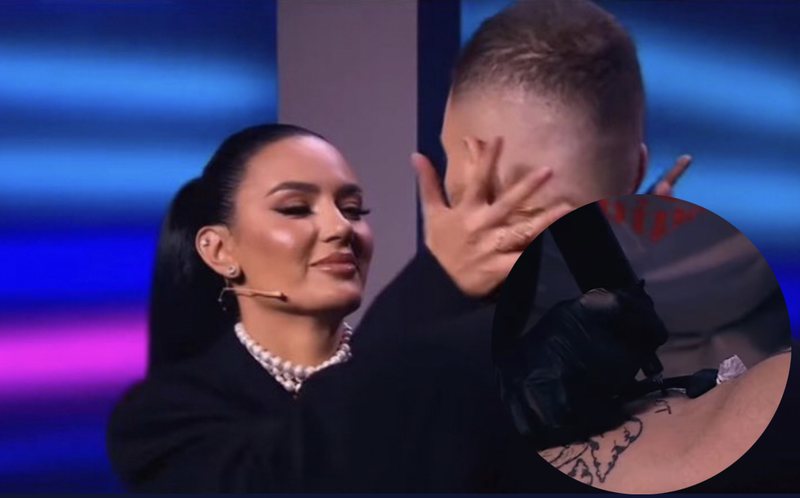 The Promo of the Veshaj twins' show is circulating on the network, with Bora Zeman as the first guest of their show. All Internet "Borators" distribute snippets from the video making it better marketing than the television itself that holds the patent but this is not our topic today.

Our eye did not escape a part where we see Bora making a tattoo on Donald's arm and we started to think what she carved there..

The 'de facto' is that we have nothing confirmed, but we are waiting for the show that is expected to start tomorrow.

Is the soap opera back? Amber Heard makes the unexpected decision, what is expected to happen with Johnny Depp

A fierce debate broke out in the show between the guests, the moderator "doesn't hold back": the wife has you too... (Video)

Today, the mother of two children, can you find out who this well-known Albanian singer is (PHOTO)

How old did he turn? Announcer Ola Bruko celebrates her birthday, she is extremely excited by her daughter's congratulations (PHOTO)

"He is the one who...", the Albanian artist confesses racism in Switzerland: I was scared, I realized that I am a...

"Pusta, decay, my history reminds them...", Ronela Hayati does not hold back and explodes badly at critics (PHOTO)

The singer Ronela Hayati has recently reacted harshly to all the criticisms dire...

The robbery of Rezart Veleshnja, the actor reacts in high tones: It's a fraud, because I went crazy

In recent days, the news has circulated that the actor of Orange Rezart Veleshnj...

Anxhelina Hadërgjonaj celebrates her birthday today and there was no way ...

It has nothing to do with ballet! Klaudia Pepa gives the great news: You can't understand my happiness!

The Albanian ballerina famous in Italy, Klaudia Pepa has won an award at the Bes...

"I am a Nazi, Hitler had values", the shocking statement of the world-famous singer, is immediately punished by...

Rapper Kanye West has praised Adolf Hitler and said people should not criticize ...

The trailer for the new Prince Harry and Meghan Markle documentary series has be...