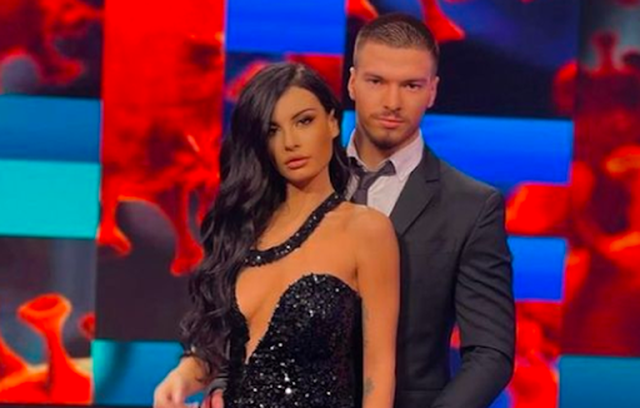 asmina Kadriu and Andi Artani have made everyone believe that they will soon end up as a couple. The couple even recently left "Përputhen" and said that they will continue the acquaintance outside the program.

But, it already seems that everything is over between them and Jasmina has deleted every picture she had with her.

She posted a picture sent by the followers and showed that all this has come to the tip of her nose.

The former competitor said that she has emerged as a 'fixed woman' in front of all of Albania, while Andi is going after the wrong woman.

In the photo published by Jasmina, Andi is seen together with Diona Fona, while the latter was shooting the new clip.

Jasmina alludes that he has something more with him and mentions the fact that he did not stay on Fatjon's birthday, to go to Vlora after his 'girlfriend' called him.

In another post, Jasmina addressed a request to her followers “Please do not tag me in videos and photos with her. Ju puc ”.