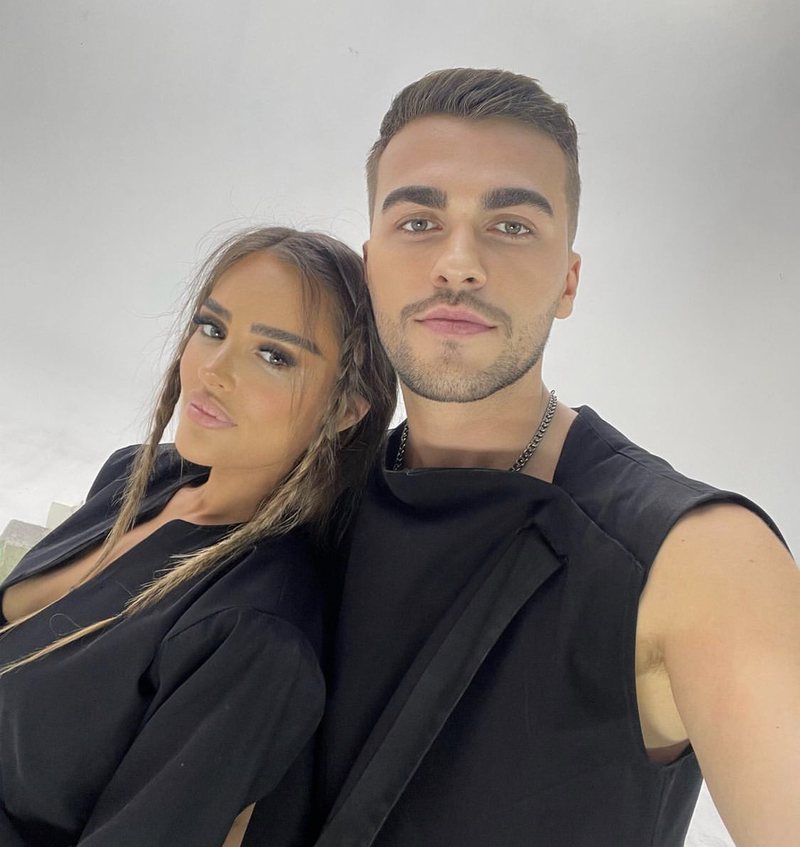 A new couple has been added to the Albanian showbiz? It was this question that prevailed everywhere in the media a few weeks ago after two Albanian singers Luar Arani and Sardi Strugaj published a photo with the description, "Only mine".

This fueled rumors that they are in a romantic relationship. However, it later turned out to be a collaboration between them. Which didn't stop the voices. Today the two artists have denied these allusions saying that they are just friends.

"Sardi has become like a family to me. We love each other and we are friends not just colleagues. Whatever we say, who has decided to think that we are together, I will think so. We are a couple as colleagues and singers, not on the romantic side," Luari said in an interview for "Alhqiperia Live".

Although he admitted that it takes a lot, Sardi said that there is nothing romantic between them. He said that everything came spontaneously as he discovered that he is single.

"We are familiar with this cooperation for the first time. We met them in the studio and listened to the song together. We liked it and thought it would work well as a collaboration between us. Anything spontaneous. We posted a photo from the video shoot and the caption sparked controversy. We love each other very much, we get along very well as a couple. It has served us as marketing. We didn't find it as a marketing idea, but it served us very well," said Sardi.