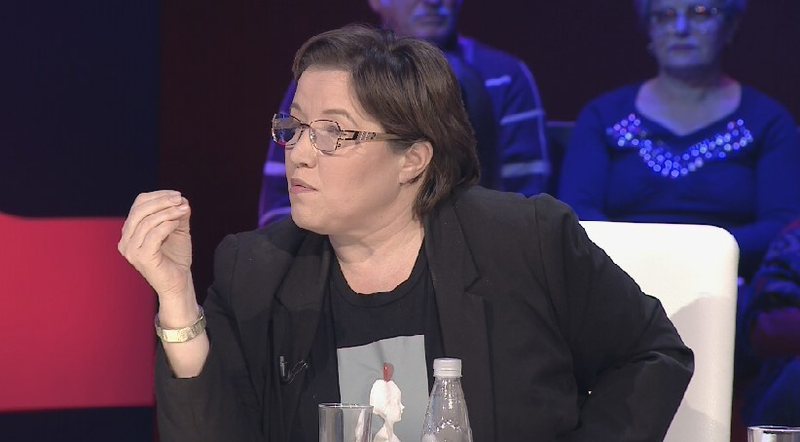 The well-known activist and lawyer, Brizida Gjikondi, has written a public letter to the well-known singer Noiz. Gjikondi has severely criticized the singer for the lyrics of the songs that are not at the right artistic level.

"Your last songs that hum in clubs, cars, etc., sorry to say bluntly, are miserable. Songs that inspire a screaming undoing of values, where the words begin and end with immoral use of the female body, vulgar deification of the lek, where on the screen women who are treated like prostitutes, supposedly super expensive cars explode", writes the lawyer, among other things.

Dear Noizi! That I had ever thought that I would sit down to write to you, I'm sorry that I'm addressing the gutter of art, and I'm sorry that I'm writing the gutter in English like you do, but I'm a little fanatic, especially nationally. I am the mother of two boys, both under 30 and over 20, in our house the music is relentless, especially rap, as in most houses with boys. 2pac, Notorius BIG, Eminem… to mgk, nf etc etc..

The lyrics are inspiring, ironic, anti-regime, often anti-parents... but no one, absolutely no one manages to capture the most extreme vulgarity as the lyrics of some Albanian singers do.
You are already 36 years old, you are called meso man, your songs used to have inspirational messages, the Mountains of Dibra as an example or As if the sky kissed the earth.. etc. But now.. Ah now a real horror.. This is the reason that I am writing to you... You represent a public figure of this era. That's why what she writes and sings guides or even protects the souls of young Albanians.

Your last few songs playing in clubs, cars, etc., sorry to put it bluntly, are miserable.
Songs that inspire a screaming undoing of values, where the words begin and end with immoral use of the female body, vulgar deification of the lek, where women who are treated like prostitutes explode on the screen, supposedly super expensive cars, bodyguards.. and idolizing oneself by kissing even myself in the mirror, repetitive vulgar text to fill the chorus and finally nothing that kills more than silence.

Rap is created to express revolt, irony, whining, .. but not in Albania. Nowhere does he talk about Albanians, those real young people, those who hang under trucks to get across, those who work as pizza couriers in the middle of the city's gloomy streets, those who work in mines, those who pretend to have paper but have blood .. or meatballs and songs against the police.. spies.. or the regime (but not ordered by the other regime, but by the rebel spirit)

You have to represent them too, I'm not saying to read, but to at least think about what you're going to leave behind... I would call the last songs scary and musical cancer..

No - I don't even know,
You are completely in deficit
And you don't give me gas
You haven't paid for gas

When Noizy comes, he burns the roof. Run
away because the noise is coming.
But you know where they will go