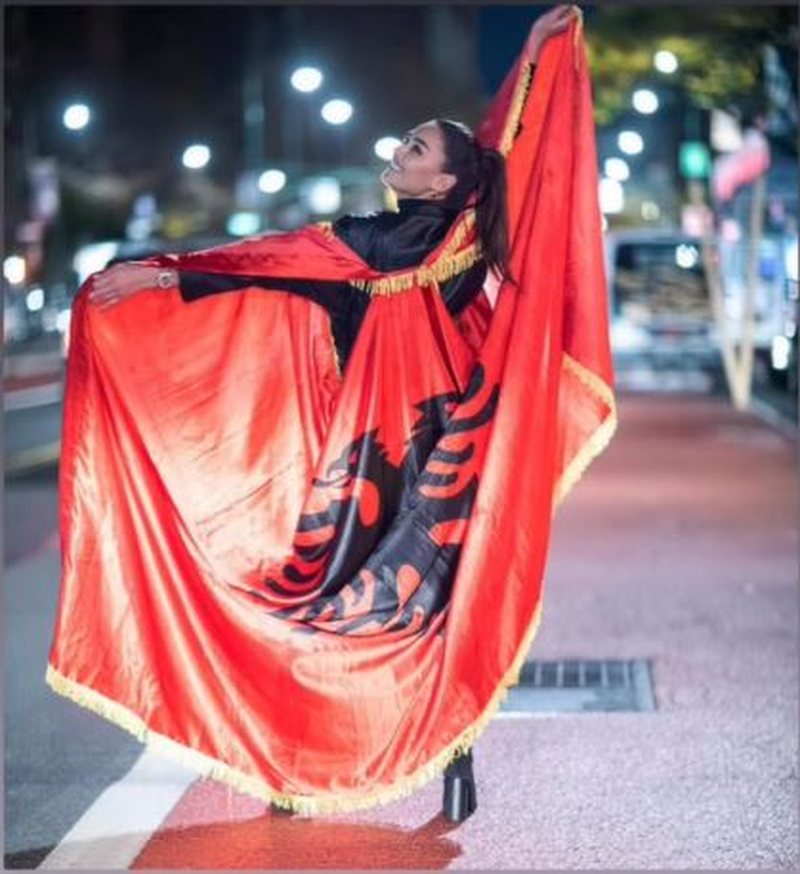 Many VIPs have made numerous wishes for the November 28 holiday. Today there were no shortage of congratulations on Flag Day from singers and moderators for the 110th anniversary of Albania's Independence.

Dhurata Dora, Luana Vjollca, Dafina Zeqiri, Capital T, Adrola Dushi have published stories on Instagram. Some of them posed with the Albanian flag.

On the 110th anniversary of Independence, a special greeting came from Rita Ora for all Albanians. The world-famous Albanian artist congratulated November 28 with a photo taken from her concert held in September at "Skënderbej" square in Tirana.

The most special thing is that Rita made this greeting in the Albanian language: "Happy Flag Day Albania," Ora wrote.

The beauty has always made us proud with her achievements and has lifted our hearts every time she has mentioned her origins. Wherever she is, whenever she gets the chance, Rita does not leave without mentioning Albania and Kosovo, she does not leave without talking about her roots, hospitable people and such delicious traditional foods.

Although she moved from Prishtina to London at the age of 1, her parents have preserved the culture and language and nurtured Rita's love for her homeland.

"Born into a prominent Kosovar-Albanian family in Pristina, the capital of now-independent Kosovo, in 1990, Rita Sahatçiu was still a baby when the family - her mother, Vera, father, Besniku, and sister, Elena - left the their house. The Balkan wars of the decade were breaking out. They sought political asylum in London, where Besnik bought The Queens Arms pub in Kilburn, North London," she previously told an Australian magazine.

Olta, Luizi and Kiara are involved in an interesting conversation, as the topic ...

Kiara told Luiz that maybe someone stronger than him or Olta can enter the house...

The well-known singer, Flori Mumajesi is undoubtedly one of the best and most ...