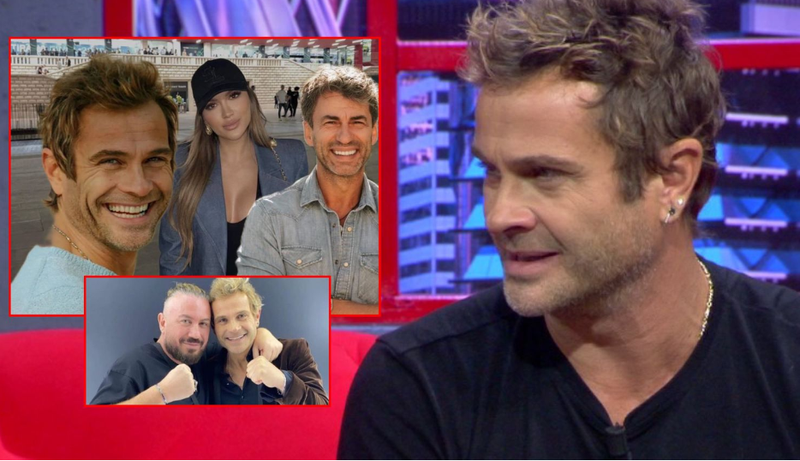 Today, Ilir Shaqiri focused on several areas, his family, his participation in various television formats and the friendships he has created there, as he was invited to the "Abc e Pasdites" program.

It seems that in each of his elections, Iliri will attract the attention of the public and the online media. Hints about why he agreed to be part of "Dance with me" and why he refused "Dance with the stars", or whether or not he is the head of the jury in the show where he is already.

"Many things were talked about, various allusions... as if I didn't want to, as if they didn't love me. The fact is what I wrote. I prefer to say things myself, don't let others interpret them, I have the opportunity to do this and I've always done it, it's very disturbing as you said... the news was being abused because it's not right that there should be a change of opinion because I had not given any kind of opinion. So I felt like clarifying this, it's just a moment when people don't talk, there's no communication, and the lack of communication leads to the non-completion of things."

Iliri answers the question that has plagued the online media these days: "I have it in my contract that I am the president of the jury, otherwise I would not accept it. I did that role for 7 years, you can't be demoted, as is everyone's right. It was a graphic and technical error".

What about Ilir Shaqiri's relationship with former Big Brother contestants, and Sabian in particular? This question is addressed by Ermali as he was telling that he had played puddle with Arbri.

"We don't have a relationship with Sabin, everyone has their own life, maybe this also in terms of the things that were said to them and the things that were done. We have no communication... there is surprise and there is a kind of regret because a very high and valuable message of friendship was transmitted, but when it starts and is abused in friendship, then it is no longer friendship".

Do you remember the most famous sisters of the 90s? You won't believe how they look today (PHOTOS)

"Shaqiri sends me videos listening to my songs"/ The Serbian singer reacts again after stirring up an entire network with her statement: False news!

With the partner in the city of love, who is the girl who stole the heart of Drini Zeqos (VIDEO)

Beatrix Ramosaj reveals the biggest pain she has experienced in her life: It only increases every day!

The well-known moderator of Top Channel revealed a secret that we will need all our lives: Your life will be less! (PHOTO)

Fjoralba Ponari is a presenter so loved by the public. She often does "Ask me ...

Worse than breaking up with the love of your life, what happened to the famous Albanian singer (PHOTO)

There is something worse than being separated from the love of your life for Rin...

What is written about the rapper? The Serbian media "explode" against Don John

There are still rumors about the Switzerland-Serbia match. Recently, the Serbian...

His son celebrates his birthday, the actor Jul Deda makes a touching dedication: Ehh, what a feeling, my pride

Today is a special day for comedian Julian Deda. His son, Mateo celebrates his b...

"I call it complete brainwashing"/ Blendi Fevziu talks about her daughter without gloves: I stopped the girl...

Invited to "Wake up", Blendi Fevziu spoke more about his relationship with his t...

"What kind of son do you have"/ From inside the house of "BB VIP Kosova", Stresi gives his mother a special congratulations (VIDEO)

Today is a special day for the famous rapper, Stresi. His mother, with whom he i...