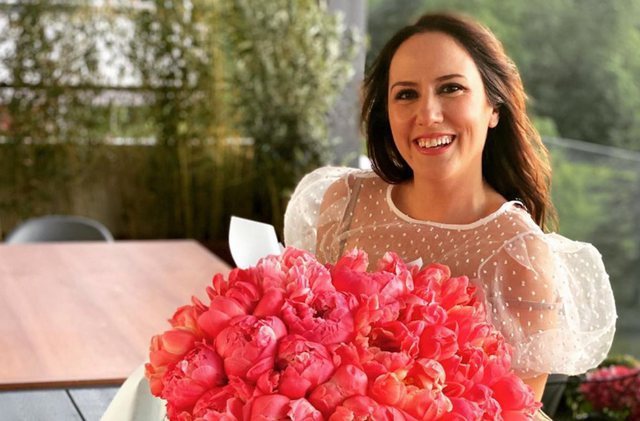 Moderator Arbana Osmani became a mother for the second time two days ago. Arbana and Eduart have given the boy a special name, Diell. After the birth Arbana was covered with gifts from her friends.

Arbana received a bouquet of flowers from the president of Top Media, Vjollca Hoxha, accompanied by a note stating: Hugs Vjollca Hoxha ”.

Arbana also received a bouquet of white roses from her friends, Eraldo Rexho and Fatmira Nikolli. 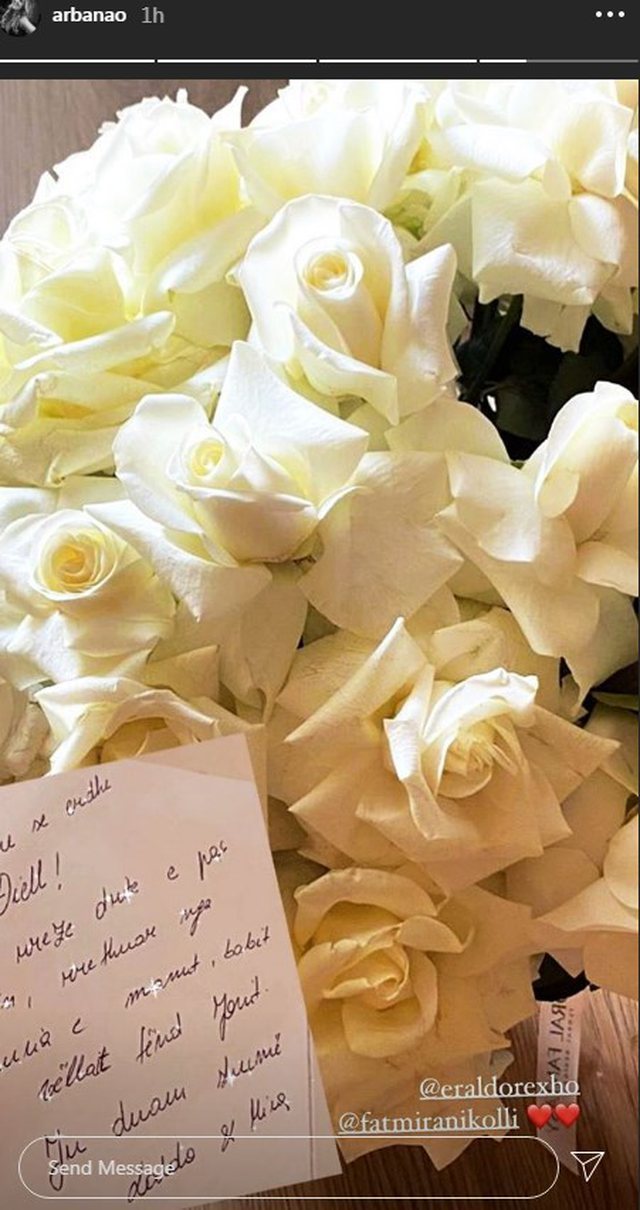 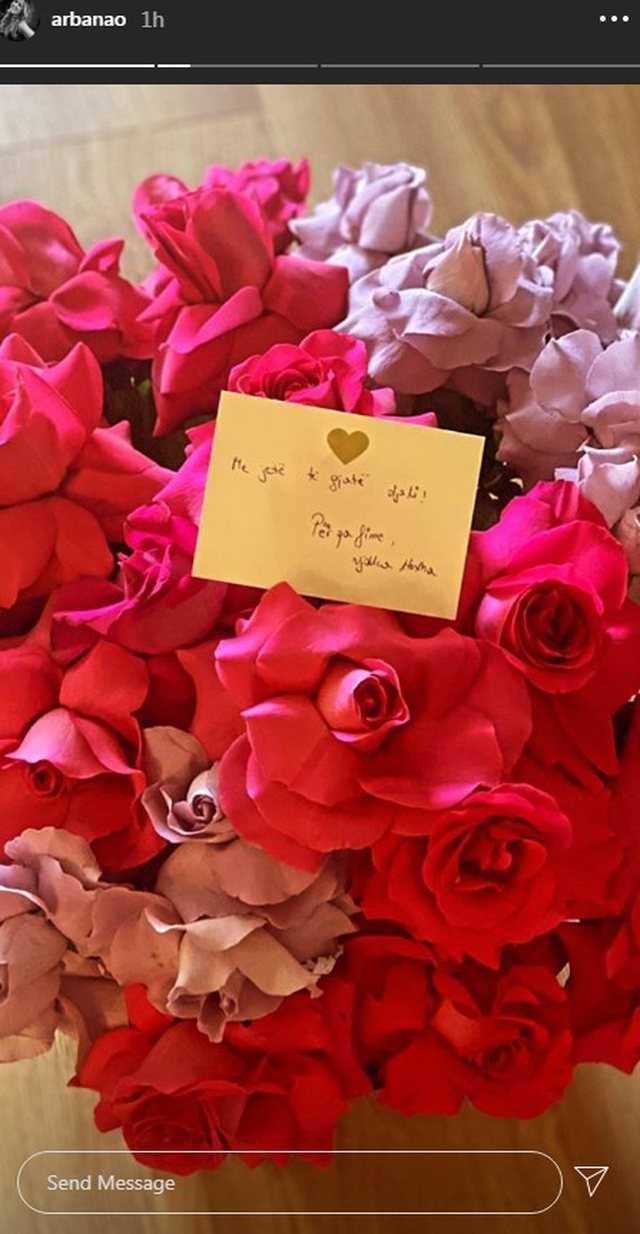