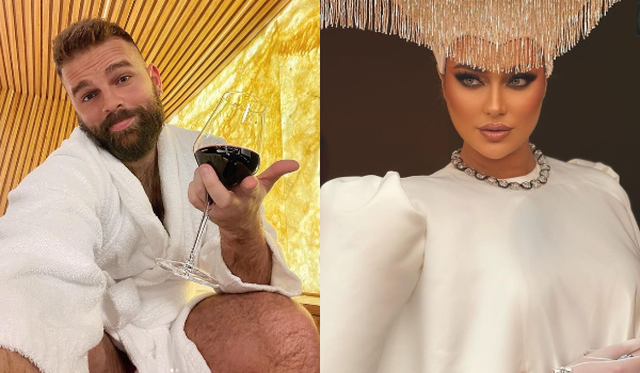 The great rivalry that was created between the song of Alban Ramosaj (Theje) and Ronela Hayati (Sekret) at the "Song Festival" seemed to affect the friendly relationship between the two artists.

While his aunt, Albërie Hadërgjonaj, declared: "Europe didn't laugh at this (Rona Nishliun), it whitewashed our face" shortly after the Eurovision final. As she said that if her grandson, Alban Ramosaj, had won the "Song Festival" he would have reached the final.

But recently, an unexpected post came from Ardit Gjebera who published a photo of Ronela with Albani where they were next to each other looking at the phone and what attracted attention was the caption of the photo:

"Ready to see you in court? Or is it the effect of 'magical' love". 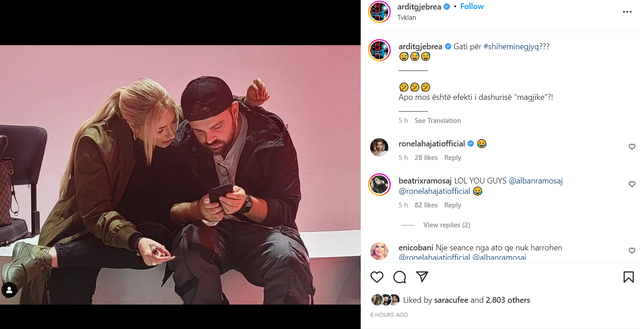 Even the epic comment of Eni Çobani was noticed in the post, who wrote: "One session from those that are not forgotten" - tagging the two singers. 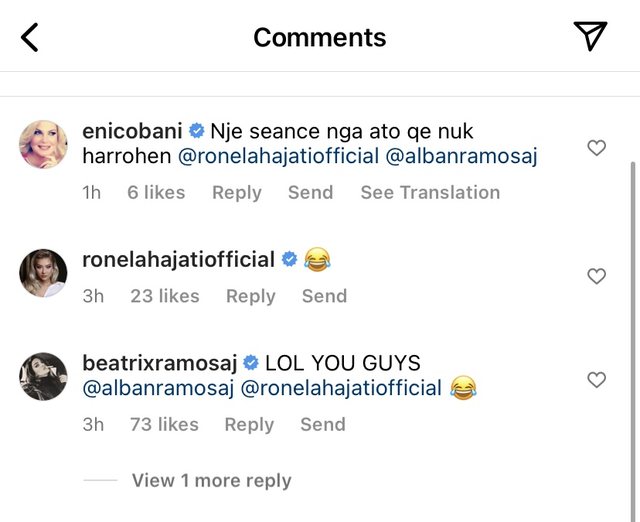 It is not known exactly what the two artists are up to, but in the photo, the duo seems to be preparing something and it is hoped that they will collaborate in the annual festival, which is expected to start soon, "Magic Song".

Ronela and Albani seem to have always maintained good relations with each other despite the noise that was created during the Eurovision period.