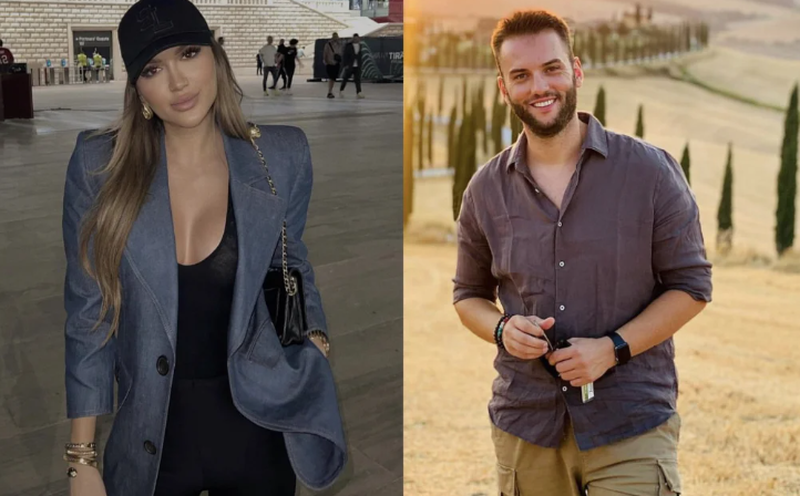 "Eduart Grishaj is no longer part of Top Media"

"Eduart Grishaj promotes the film on other television, not on Top Channel"

"Lori Hoxha is absent from the promotion of the film"

"Will Eduart Grishaj be part of the Big Brother Vip staff?"

These are some of the headlines of the past month where the pink media talked about a relationship breakdown between Lori Hoxha and Eduart Grishaj and Arbana Osmanin.

And while Arbana confirmed that she would be the moderator of Big Brother Vip, her husband was nowhere to be seen.

Why were the numerous posts between him and the Top Channel heiress missing?

Lori Hoxha herself clarified everything this morning with a questionnaire she developed with her followers on Instagram.

"Then why haven't you released the film "Sofia" by Ed?" asked a follower
"I'm waiting for Eduart Grishaj to finish his travels and see it with him as we left it" is Lori's answer.

We don't talk together, but why should the millet know?

The Shkodran singer weaves the EPIC lines for Louis Eille: I do skin care with my hair, because I wash it more often than Kiara

The presenter of 'Big Brother Vip' Kosova was threatened by the father of the rapper Stresi? The moderator reacts for the first time

Went to Kiara and Luiz's wedding dressed all in black, Tea surprises the public: What was the purpose of this whole thing

Louise Aille's mother reacts for the first time about the "wedding" and the first kiss with Kiara, who is making a name for herself in the media and social networks (PHOTOS)

What everyone was waiting for happens, Kiara "decides" to marry Luizi, one of the residents refuses to participate in the unexpected wedding that is being organized inside the house of "BBVA"

At noon, "Big Brother" brought an envelope that gave instructions to the residen...

Dalina Buzi "breaks down" Olta's game in "Big Brother": She is not a soldier, she makes the strongest confrontation with Luizi

If there is a conversation that can be found everywhere recently, it is about "B...

"Treated it like a rag", residents "explode" for the Luiz-Tea report (Video)

Amos, Dea, Kristi and Olta discussed the complicated relationship between Tea an...

The debate about Diola Dosti, the moderator breaks out badly: You still think that the father...

"You did only girls" they had said as Diola showed in last night's show, while h...

Big Brother has tasked the residents to organize a wedding inside the house toda...