"The tears were not emotional", Elvis makes the statement that surprised all the competitors on Top Channel after the romantic dance with Tean 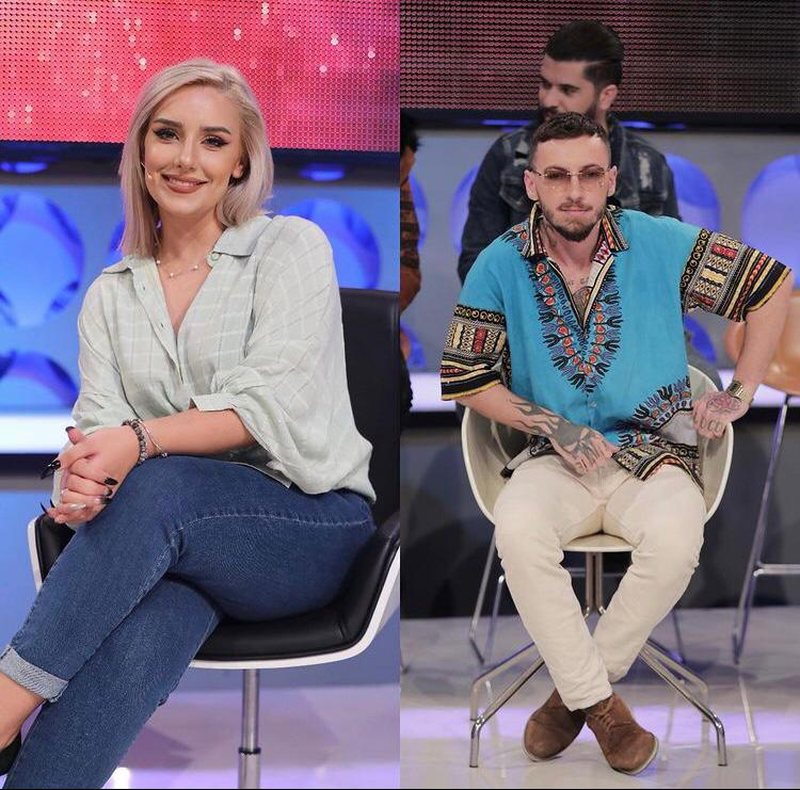 Tea and Elvis are among the most talked about couples of recent times in "Per'puthen". Their successive meetings and the emotions they gave to the public were numerous, but things in the last meeting did not go as expected.

Today was broadcast their third meeting, which came after the insistence of the two to continue the acquaintance without cooling things. During the conversation, Elvis said that in the surprise of the second meeting he organized for Tean with fireworks and romantic dancing he was excited, but the tears were not as a result of the romantic situation where they were. Elvis said the tears were not emotional, but because of the fireworks and smoke created in the studio.

"The tears were not emotional, but from the fireworks, but I do not deny that I was not excited," said Elvis.

Such a statement sparked a lot of reactions in the studio, and it seems that this pushed Tean to change partner for next week's meeting, after choosing one of the newly arrived boys, Erlind.

The relationship with Tean / Andy gives the good news to the public, here is what is expected to happen soon

Not long ago, Andy and Tea stated that they are in "Match" just for each other...

Returned to the show, Andi turns to Ledjana badly for Mevlani: He rejected us ... (Debate)

In today's episode of "Përputhen" was broadcast the meeting of Mevlani an...

"Marku, Viktoria and I are not alone at dinner", Rudina Dembacaj excites with the message for her partner's children (PHOTO)

Mevlani in "Përputhen" chose an object that "removes the evil eye" as a g...

The moderator of 'Top Channel' speaks openly, shows how much energy is consumed by the "activity" in bed and melts everyone with laughter

In the show of Bieta Sulos, today was discussed a recent study that showed that ...

Asked to leave the show for a while, Ledjana makes the move that was not expected so quickly

A few days ago Ledjana decided to take a break from "Match". It took time for th...