This episode, it seems that "Purputhen" achieved its mission, for the first time two young people like each other very much and kiss in the middle of the studio, regardless of the short time they have known each other and nothing else. 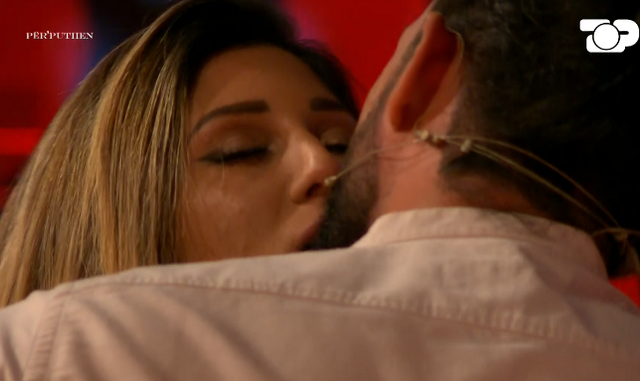 It was Laura and Arbi, the two contestants who after the meeting discovered that they had a lot of chemistry with each other and it took a dance in the studio to their favorite song, for them to experience a long and beautiful kiss.

After the romantic kiss, Laura's eyes even filled with tears and as she trembled she said she felt 'like a teenager'. Undoubtedly, the kiss was well received by the publicists, even Arjani said that the kiss was very real and heartfelt, and even said that Laura fell in love at first sight. "The most beautiful and longest kiss. The saddest. After the meeting, I would say for Laura, she fell in love at first sight. I have little faith in these loves at first sight, when they happen there is nothing you can do. Laura is honest, she felt very good, she fell in love. The issue is how Arbi feels about this," said Arjani. 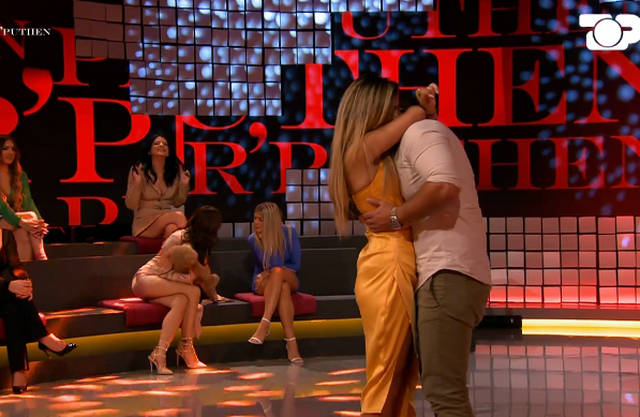 The columnist also asked Arbi, what was his attitude or feelings after the kiss with Laura. He claimed that he has a lot of attraction for her, but he couldn't talk about love yet.

"I have attractiveness, I said, both physically and character. I can't talk about love, but I like it. I wanted him to feel good" - said Arbi.

But it seems that the whole situation was not received so well by the other contestants, at least by the boys. Petro and Remili said that they did not want to go out on a date with Laura after kissing Arbi.

But at the end of the puntata, Arbi chose Angela and Laura did not receive his choice at all well. Arbi's move was also badly received by the other contestants who expected him to choose Laura to get to know her better after that kiss

What happened between colleagues? After the dance of the moderator, which became viral on the network, Aulona Musta immediately reacted: We became famous then for this pairing!!!

Aulona Musta was very cute and immediate in her reaction to "Dancing with the ...