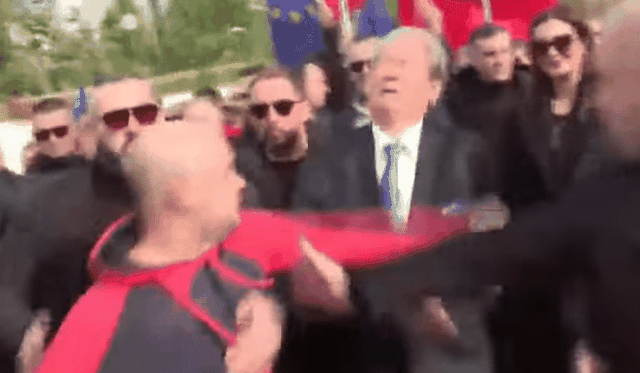 The punch that Berisha received today during the protests that he had organized himself has received maximum attention. There have been numerous reactions from SP PD politicians to this event, but also public figures.

Among many others, Ina Kollçaku also reacted, writing on the photo of the wounded Berisha: "O Berisha! Love you!".

Then she expresses her admiration for Berisha as a Leader and the way he managed the situation, but she does not forget to clarify that it is not political support. 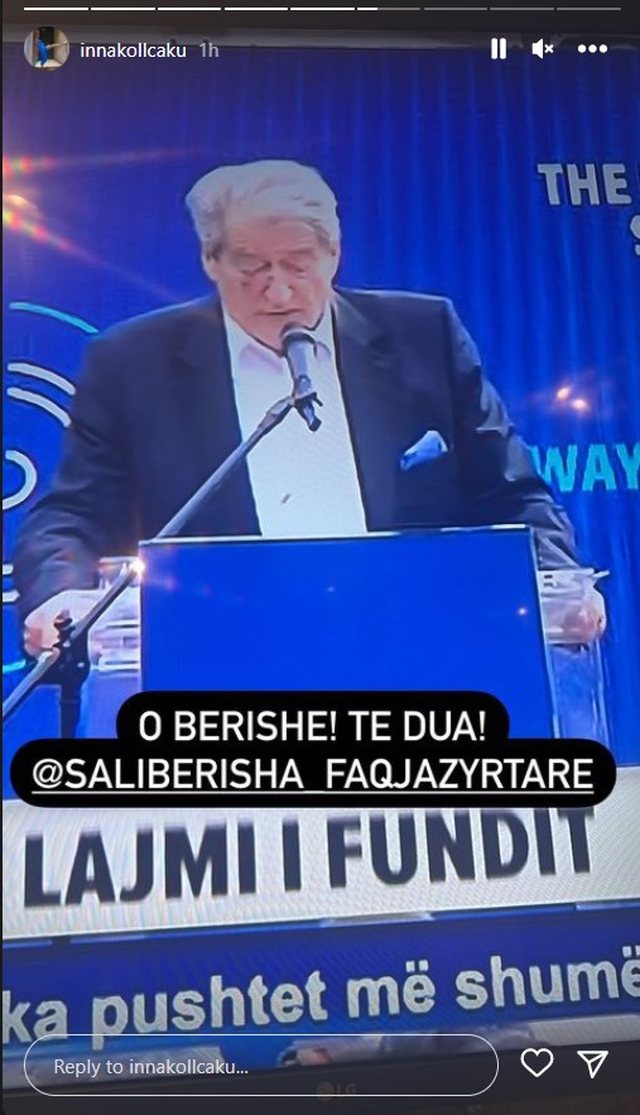 "I don't think I've ever seen something as inspiring as an 80-year-old man who gets up behind a punch and keeps the protest standing! 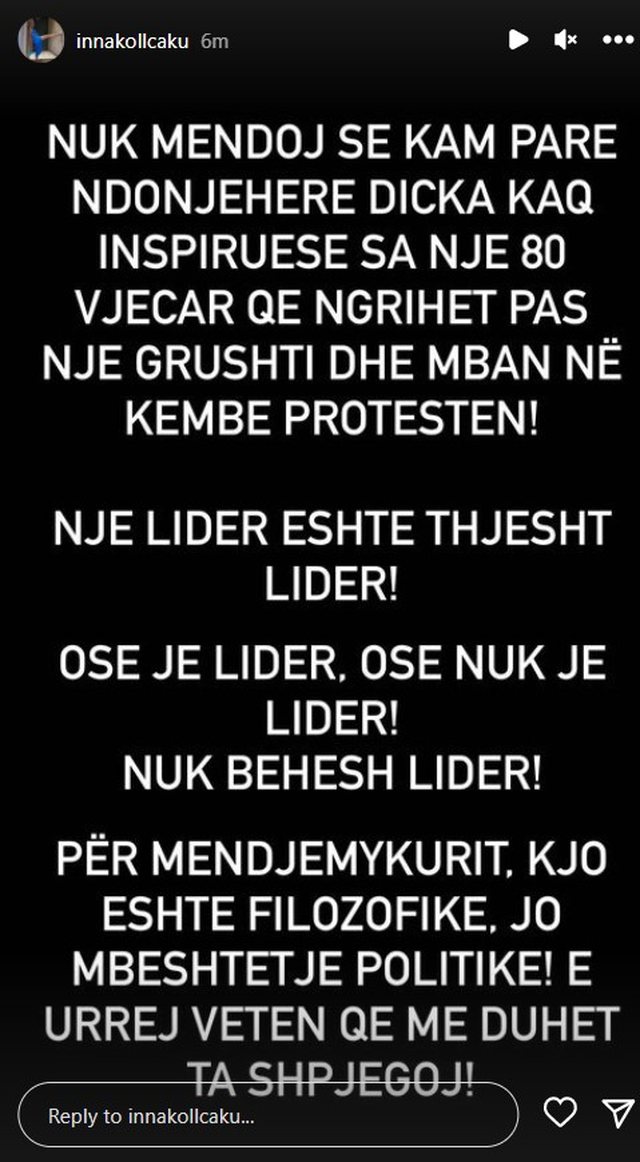 A leader is simply a Leader! Either you are a Leader, or you are not a Leader! You become a leader.

For the hypocrites this is philosophical, not political support! I hate myself for having to explain it," writes Ina. 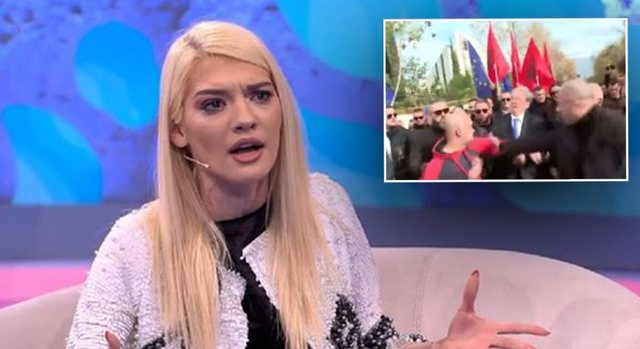 Olta, Luizi and Kiara are involved in an interesting conversation, as the topic ...

Kiara told Luiz that maybe someone stronger than him or Olta can enter the house...

The well-known singer, Flori Mumajesi is undoubtedly one of the best and most ...