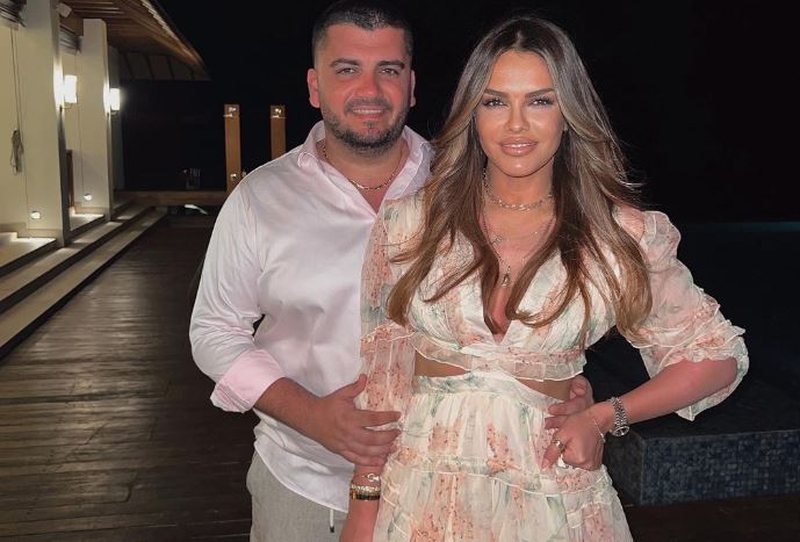 Ermal and Ariana Fejzullahu are among the most popular couples in Albanian showbiz. The singer's wife is quite popular on social networks, where she has more than 200,000 followers.

Recently, the couple has attracted everyone's attention with a situation in which they were involved. While they attended the birthday of a close friend, Ermali enjoyed the atmosphere to the maximum by allowing herself to "have fun" with the invited dancers in the eyes of her partner.

In the viral video, Fejzullahu can be seen sitting in the middle and the girls dancing around him. Of course, there was no way to miss the reaction of Ariana, who, after making an "angry" face, chooses to join the dancers.

We remind you that Ermali and Ariana are parents of four children whom we often see on social networks: Arti, Buna, Era and the youngest, Ana. The little girl was born in September 2019. At that time, Ariana said that she is not done with that, as she wants to make the boy with a brother.