For some time now there have been rumors about a reunion between Bora Zeman and Donald Veshaj.

The movements of the moderator and the actor are closely followed by everyone to catch any detail that convinces us more that they are together, at a time when there is no official statement from the pair.

But recently, it was Romeo Veshaj, whose action "put a stamp" on the issue discussed on the network.

Donald's brother has reposted on his Instagram a video of a paid fan of the Bora-Donald duo, where one of his fans can be seen singing the actor's newest song. We remind you that Donald Veshaj posted a 'selfie' a few days ago, where he wrote:  "Well, don't lose your mind".

Since his post came after the irony of moderator Flori Gjini, who recreated the moment of Bora Zeman's statement when the actor was in "Big Brother VIP", it was taken as a counter-answer to him. 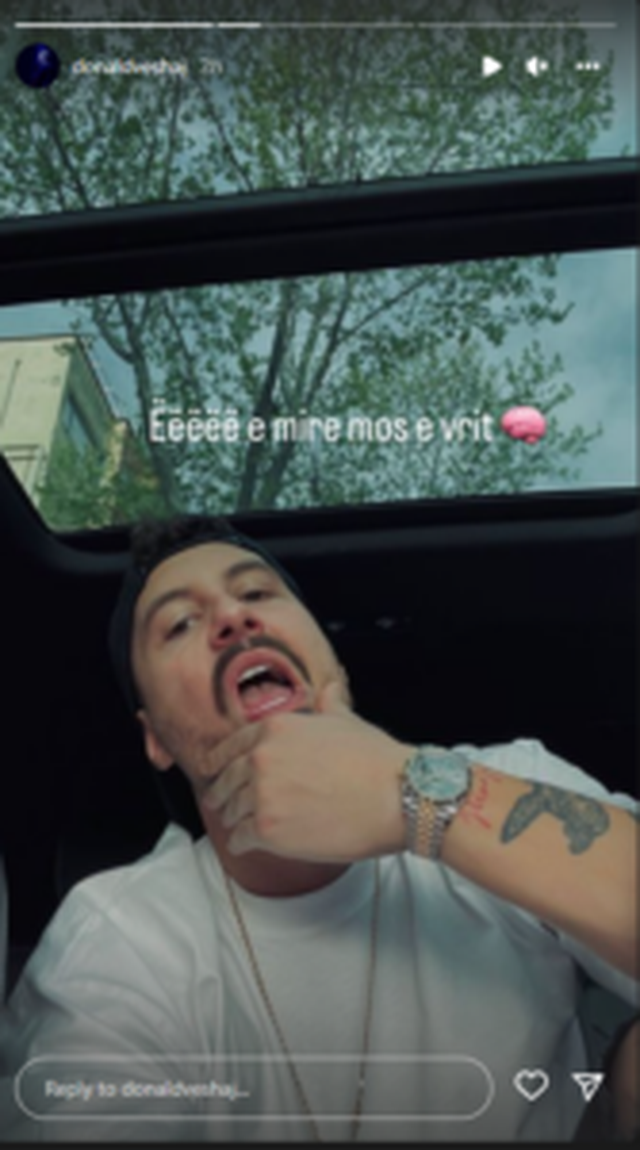 But Bora Zemani stirred the waters again with a recent post. The moderator posted a video on TikTok where she lip-synced to a part of an old Albanian film where it says:  "Yes, I killed my mind for my head".  This has led followers to suspect that the pair are sending public messages to each other on social networks.