After Tea's reaction, Shqipe Hysenaj 'explodes' badly and leaves nothing unsaid: When I saw you for the first time ... (PHOTO) 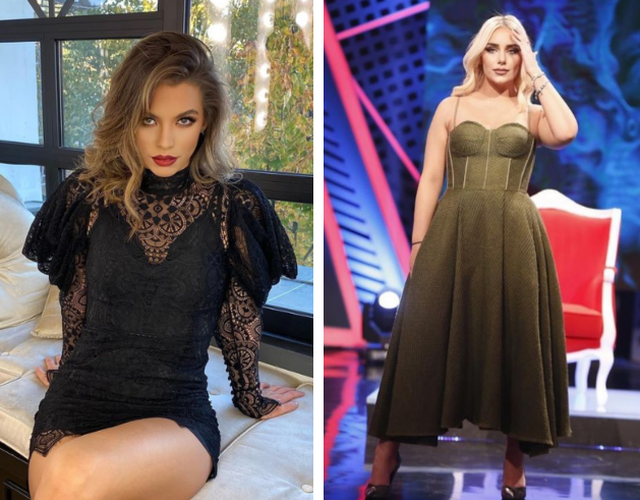 The former competitor of "Për'puthen", Shqipe Hysenaj, does not know how to stop. The day before, she posted on Instastory another photo where she claimed that Tea was related to her former competitor, Beart.

And while Tea has been silent all this time, last night came her first reaction. The former contestant who came out of the show together with Andin, to be better known abroad, ironized Shqipen for all that she has published.

Tea said she does this after she is left with something hostage. Tea showed that she was not in Boge with Beart and to prove this she published a video from the balcony of her house in Tirana. As for the shirt, which Shqipja claimed he had taken from Beart, he showed that in fact all this is a coincidence and that they bought the same shirt.

She also published a video of Albanian when she exploded the moment Graciano showed that he was bisexual. Tea said that Albanian is homophobic and these people are said to suppress their feelings and that she too may have a homosexual tendency.

Meanwhile, after this reaction, Shqipja decided to respond to Teas with several posts on "Instagram". The latter says that Tea did all this out of jealousy and envy, because she wants to be like Albanian and therefore has made interventions in her body.

"The pillow fell on you too… so the balloon fell on you. Nobody trusts you anymore, you put a balloon on your lips. besides the camera (sight) you have broken… imagine how you would be and healthy with glasses, and the dress like a man since when I saw you for the first time I said this square did not come to me. My words burned so much that you took out all the bitterness tonight at dinner. You are small o balloon to make a whole public for fools that those inside know everyone. "Meridian, deal with it now because I wanted so much to bring myself out", writes Shqipja.