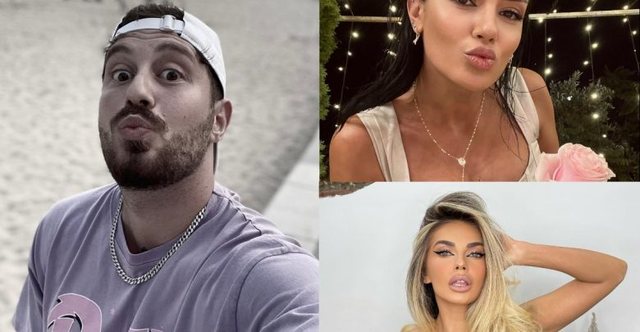 Bora Zemani became the headline of the pink media because of her ex-boyfriend Donald Veshaj.

Although Donald gave Bora hope for a comeback, inside the house of "Big Brother" he started a romance with Beatrix Ramosaj.

During the videos and images that are circulating on the network, Bora has never reacted and has even decided to keep Donald and Beatrix on social networks.

Many of the public figures have supported Bora, among whom was Luana Vjollca, where she posted a photo as she wrote: "With Bora".

Bora reacted to this photo of Luana, but only by liking this image.

So far after all these embarrassing situations this is the only reaction from Bora Zemani. 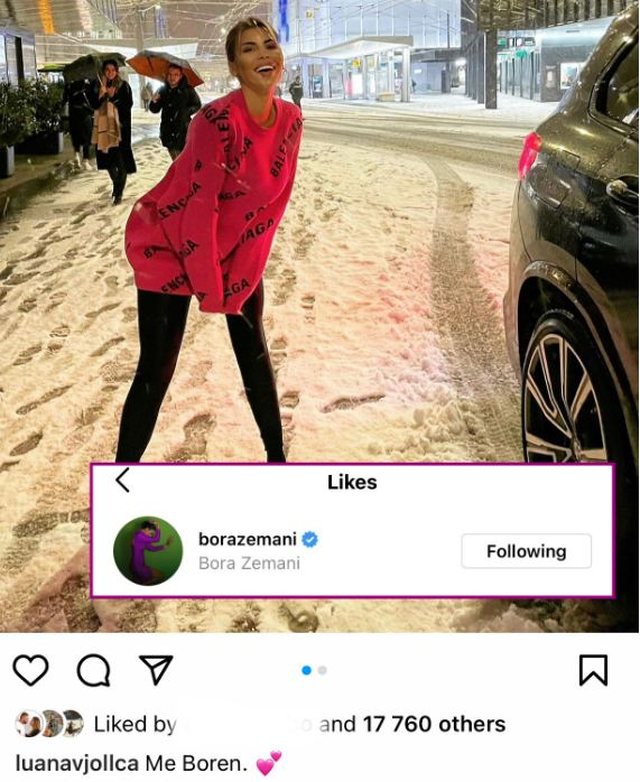