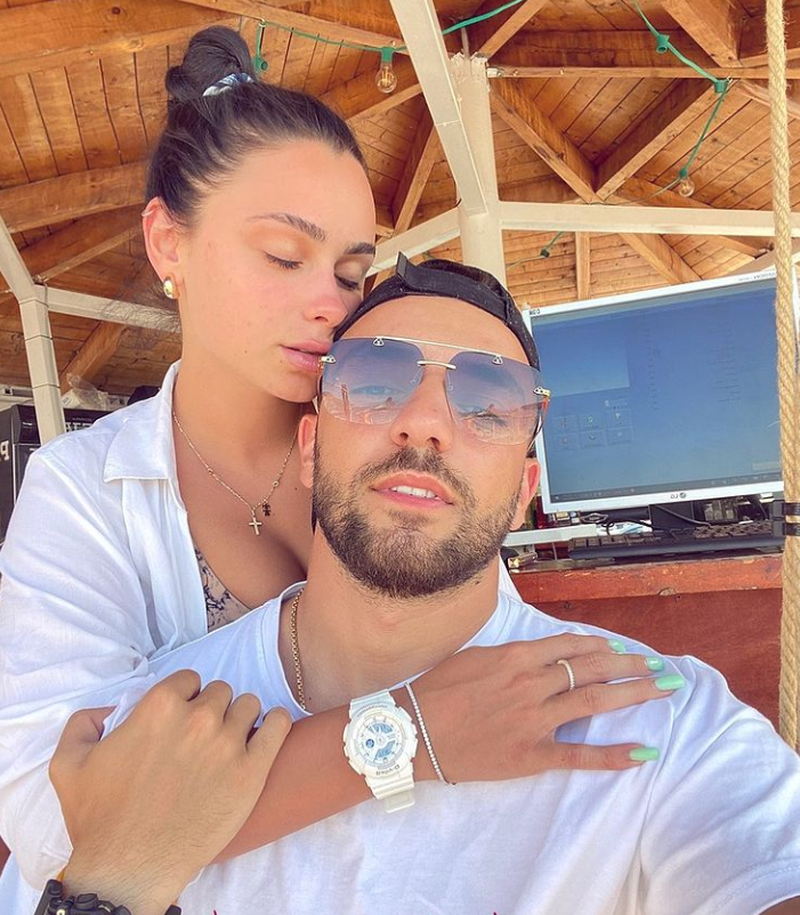 The appearance of Olsi Bylyku's partner, Egli, at the actor's birthday party has raised suspicions that she may be in sweet anticipation.

A few weeks ago Olsi celebrated his 24th birthday and the party brought together different VIPs. Numerous videos and photos circulated on social networks, most of which starred the comedian and his partner. What stood out was the rounded belly of the latter. In the pictures published on social networks, her belly looks a little bigger than we are used to seeing in the many photos and videos she publishes on social networks.

Egli denied the rumors circulating on social media suggesting she is not pregnant. She and Olsi do not plan to become parents yet, focusing only on each other and their careers. The actor himself spoke today about these reports saying he felt a special emotion when people were writing to him.

"In fact, I had some emotion that people were writing me the message that the news was circulating. I had a kind of emotion, to be honest I enjoyed it. I said to Egli: “Shall we make one? Are we who we are? ” "When I celebrated my 24th birthday, it was widely circulated on the net that I was pregnant, but in fact I am not," he said, laughing.

Klea Huta has posted on Instagram a photo with producer Elgit Doda where they ...