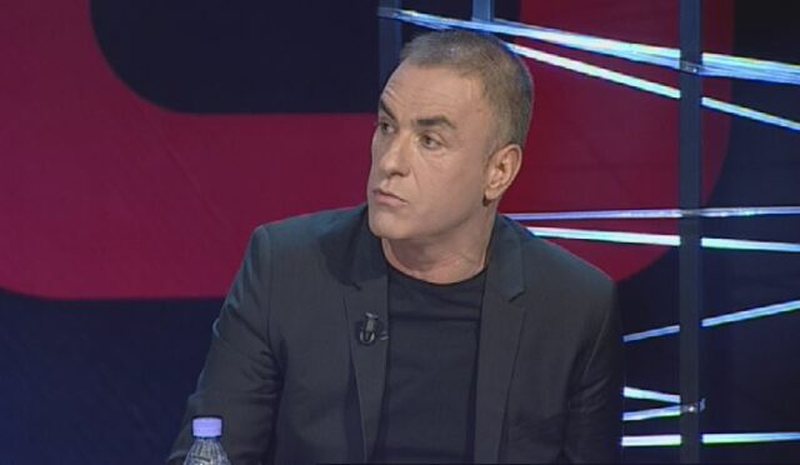 A few months ago, the comments of the moderator Arian Çani, went viral. He said that the Balkans have been all Hellenic. It was enough for the singer Rovena Stefa to react publicly, emphasizing that she did not agree with him, even demanding the boycott of the show 'Free Zone'.

Recently invited to the show 'Glamor Zone' on RTV Ora, Rovena Stefa, justified for the moderator Ester Bylyku, her harsh words, for which she said that she did not regret and nothing was said in the heat.

Ester Bylyku: Every time I search for you on Google, I get the name of Arian Çani. Can I know what you have to do with it? (Laughing)

Rovena Stefa: No, I have nothing to do with Çani, I was also his guest. I was not the only one who spoke about Chan, against the statements about the Hellenes. Elsewhere, for such statements, public figures end up in jail. He spoke in such a way, despising the country, despising our history, and that touched me, so I reacted that way.

Rovena Stefa then said that a public person should not express himself in such a way, he should either close the show or receive a fine.

Asked by the moderator Ester Bylyku, if she would go to the show 'Free Zone' again, the singer answered: No, no, I will not go to Çani anymore. I closed it with Chan. I myself demanded the boycott of the show. While I was looking for it for others, normally I have no way I go. I hope God closes it as soon as possible (laughs). I do not want the evil of Çani, but for what he has done, he must either take responsibility or he must say 'forgive me' to all Albanians.

The world-famous Albanian singer recounts the difficult moment for her grandfather: Serbs asked her to change history, he refused and lost ...

Will "Big Brother" return to the screen? Arbana Osmani adds doubts with the answer she gives

Singer Mariza Ikonomi confesses: I am in love, it is ...

Oriola Marashi's mother speaks openly: When I was the director of prisons I wore only 1 month in a row…

Brryli on the chest of the former miss after the sports show, the former well-known Albanian referee tells what the woman did to him after that: As soon as I entered the house, the girl told me not to talk to my mom!