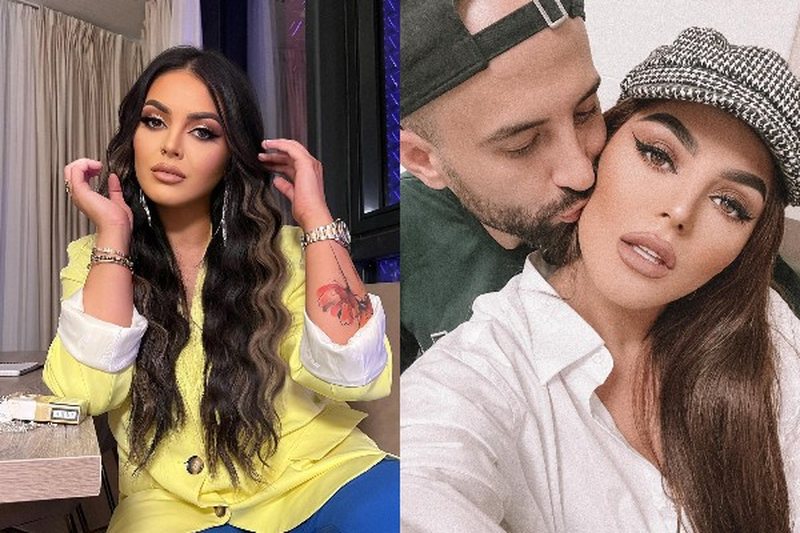 The singer from Ferizaj, Filloreta Raci, in addition to a successful music career, also attracts attention with her private life.

Since leaving the Big Brother VIP house, Fifi has found love and has been enjoying a romance with Adis Patushi for months.

The pair are almost inseparable and he stays by the singer's side even in her performances and musical evenings.

Meanwhile, the creator of the hit "Diell" does not hesitate to show the love they felt for him through various posts.

The importance that Adisi has for her, Fifi has also shown during a questionnaire that the singer developed with fans on Instagram.
The singer is asked by a fan if she feels complete with Adisi, as Fifi replied saying that he is the most wonderful person she has ever met.

"It's all I've ever wanted in life. Adisi is the most wonderful man I have ever met.. I never get tired of writing about him and I never will.. only God knows he brings me the lid of my pot as a gift. I love you more than anything in the universe," was Fifi's answer.

Otherwise, as far as music is concerned, the singer has announced the new project "Trauma", which is expected to be published soon.

"People harass her after that famous sparkata, when they see her they say...? Does your husband get jealous of your dance partner? The well-known Albanian singer confesses about her husband

Artist Julka Gramo was the next guest on the show "Goca dhe Gra" on Top Channe...

The well-known rapper Arkimed Lushaj or as he is known by his artistic nam...

The past year has been very complicated for former footballer Gerard Piqu&eacute...

Sweet journey! In the city of love with your partner? Who "stole" the heart of moderator Drini Zeqos

Drini Zeqo has kept his private life away from media attention. The journalist...