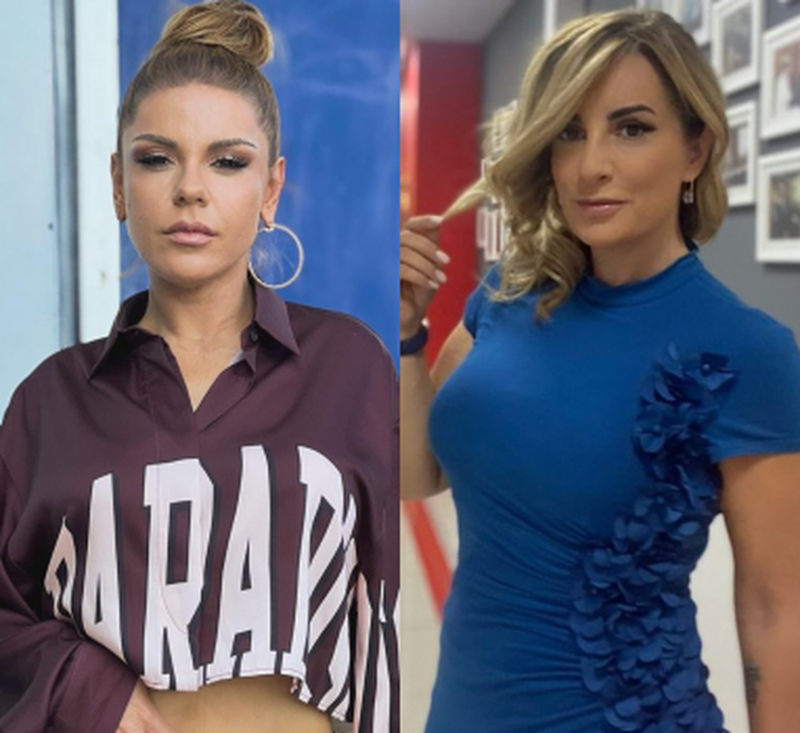 And if you are wondering why we should link these two names together, the answer is that they are sisters-in-law. None of them had discovered this fact, until recently, when Betty said in an interview that her brother is married to Dalina.

It is difficult to find a photo of them together, as they have not published any of them, much less an interview… until last night when Betty was invited to "Goca and Women" where Dalina is co-presenter. The two sisters-in-law also conducted an interview where they answered some questions to find out more about their relationship.

Asked if they have ever benefited from using each other's name they denied this. Regarding the fact that they did not come up with any joint project, Dalina said: “We discussed once about a project but it was not done. I was in the movie and show business, and Betty in the news, the reports. "Everything has been done to me in life, but each has its own time."

Further in the questionnaire they indicated that they do not give gifts to each other except the first year that Dalina met Betty's brother when he had bought the latter a watch. "It is important that Dalina respects my mother. He brings flowers every March 8, this year he brought me flowers too, but I never brought them. ”

Asked about the first thought of each other, they said

Beti: “I always wondered who my brother's wife might be, but I never expected her to be more of a lady than me. Dalina is really a very lady. I knew her before we became sisters-in-law because she worked at Top Channel and I followed her before I came to Top Channel. Thosha: "ËOË sa e lady". I always followed him and I liked him very much. "

Dalina: "My husband has different physiognomies from Betty and seems to be one of the 'strong' ones. And you have some conditions at first, but when I found out he was Betty's brother, she gave points to her father. Because I told the party what family it has, but no. Betty has always had a good and very correct image. "She never pretended to play with her fame."