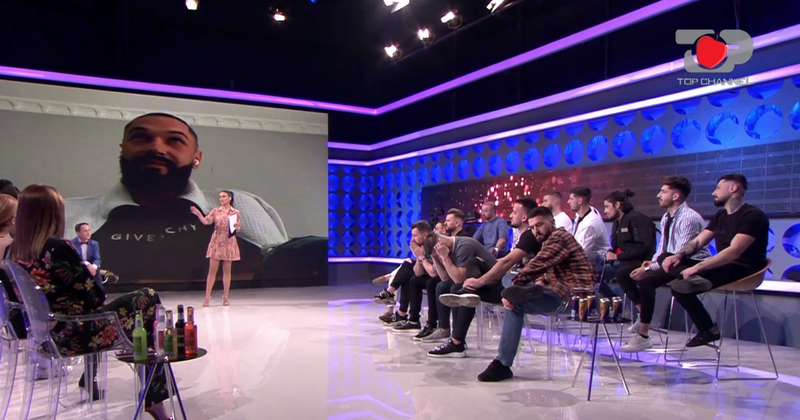 Today's episode of "PërPuthen" started with debates and somewhat confused situations, where Atdheu was initially shocked when he said that he received a threatening message for Sara on the phone.

It all does not end here, as it turns out that Sara and Riniani exchanged a kiss behind the scenes, while Homeland seems to have been affected by this, as it has had an agreement with Sarah.

He said there was nothing left between him and Sarah, but added that he was waiting for an explanation from Rinian about what happened.

Sara: We’ve been running away, I met Rinian and as it happens, man gets confused, it’s just a lip balm, that’s it. I do not know why it was given so much importance

Riniani: It is not correct to say that I kissed Sarah. I came out, it was Jasmina, Sara and another person. Jasmina said I was leaving and greeted me on the cheek, Sara did the same, kissed me on the cheek and in a fraction of a second gave me that kiss, I told my girl avash, do these things above. She greeted me and in addition to the cheek, gave me a quick kiss on the lips

Sara: Oh God what do people do for the show

Riniani: I understand the homeland that he may have expected a message about what happened, from our report. Sara, why did you make that gesture?

Sara: What gesture? I do not think anything happened

Riniani: O Jasmina, speak, because you were there too