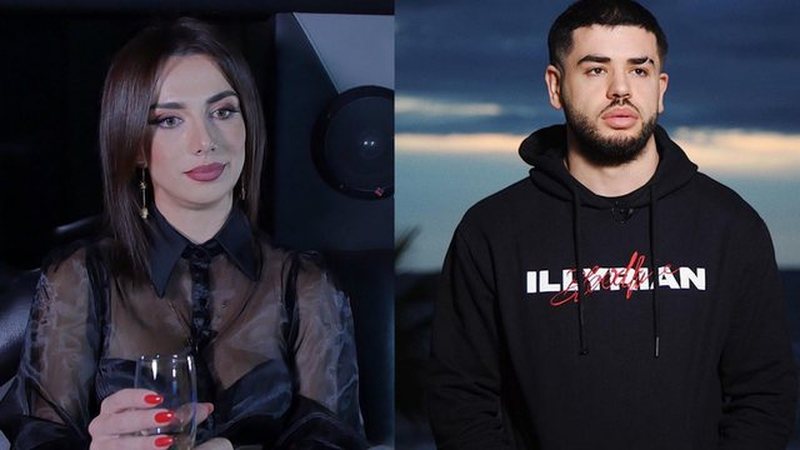 Part of this week's 'PartTime', Xhensila Pere has revealed who would be the showbiz character she would choose to create a relationship.

Asked by the moderator Rudina Dembacaj, she did not hesitate, but was also surprised by the answer. Xhensila's choice was the rapper Noizy, calling his nature similar to that of the model. Among other things, she has shown how the truth of the relationship between them is.

Rudina Dembacaj: If you would definitely create a love relationship with one of the showbiz names, which one would it be? If you had to have it?

Rudina Dembacaj: You must choose from showbiz, who will you choose?

Xhensila Pere: Yes, they are telling me that Xhensila is begging him and he won't let go.

Rudina Dembacaj: Do you want to get married?

Xhensila Pere: Yes, both with fun and with obligation.

Rudina Dembacaj: Why would you compete who is the most gangster?

Xhensila Pere: I have the impression that also car racing. His nature matches mine, at least as far as I can tell from the screen

Rudina Dembacaj: Have you met him up close?

Xhensila Pere: Yes, I have met him. It's not that I know him very well, I like him but not in that kind of way...

Rudina Dembacaj: It's good that we found out...

Xhensila Pere: I will explain it exactly, so that people will understand once and for all, because maybe I was also asking...

Rudina Dembacaj: Do you like him simply as a singer or as a man?

Xhensila Pere: As a character, as a guy and as a man, but as a singer, yes.