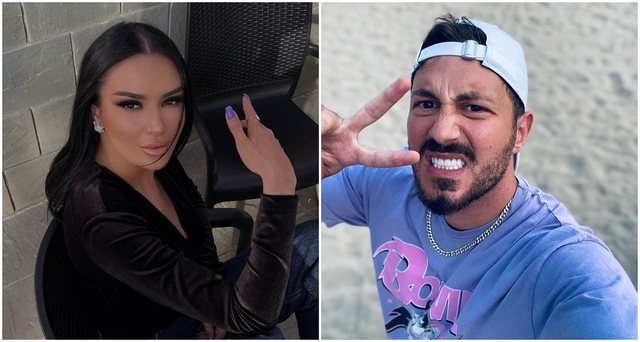 Cindy Loci, who gained fame after participating in the show presented by Bora Zemani, has severely attacked the moderator and Donald Veshaj. The former couple are said to have reunited after they were seen next to each other in the fashion show organized by stylist Valdrin Sahiti.

Through a status on Instagram, Cindy has described them as "two great players". She has come out in defense of the singer Beatrix Ramosaj, as she says that she was crucified only for the fact that she fell in love with the comedian when she was in Big Brother.

"How quickly the real faces of people scream! I'm very surprised at how strange we are as a people! You made the desolate girl a villain in front of everyone just because she fell in love (with the greatest purity and sincerity) and fell prey to the two biggest players.

While the other two brought out the saints / victims of the century. You attacked, cyberbulized, treated like a "devil" him and his family for the two actors you liked so much! Do you like the real faces of the actors ?! Come on sheep people go again support those who lie to you, fake people both inside and outside that all your life you have done this!

Do not vent your anger in vain now and do not regret it! These are the pictures you want! These are the people you like! Do not complain about Eurovision, politicians or public figures! "Liars deserve as a people that you appreciate these!", Writes Cindy. 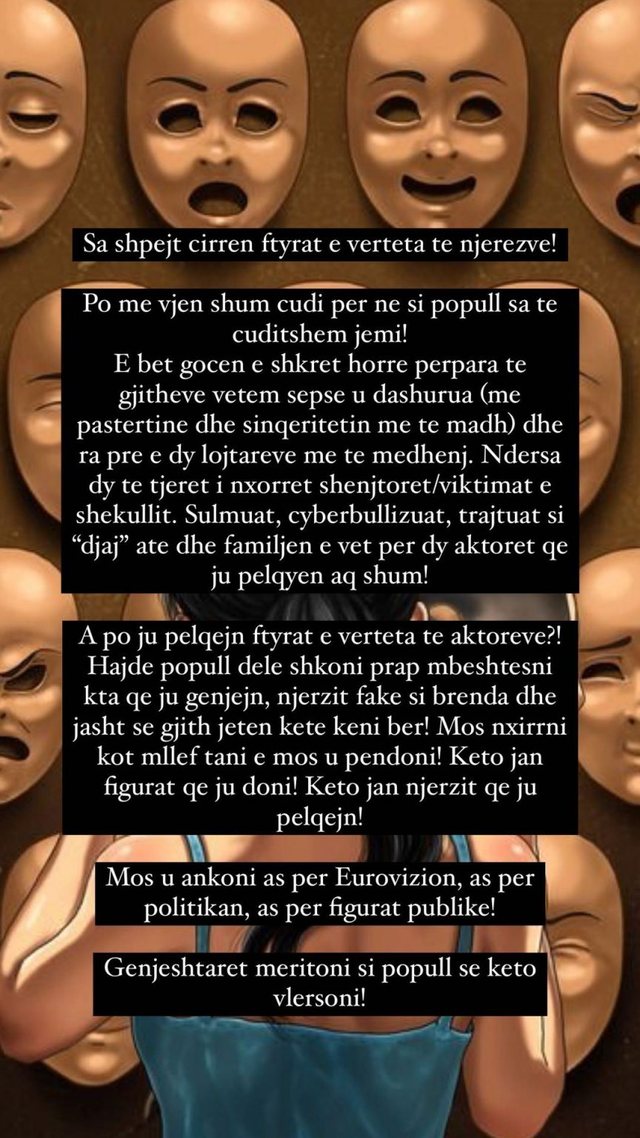 (Photos are out) Adrola Dushi intimate party with .../ The model celebrates her 29th birthday: I'm in a relationship with...

Adrola Dushi celebrated her 29th birthday. The model has chosen to have a smal...