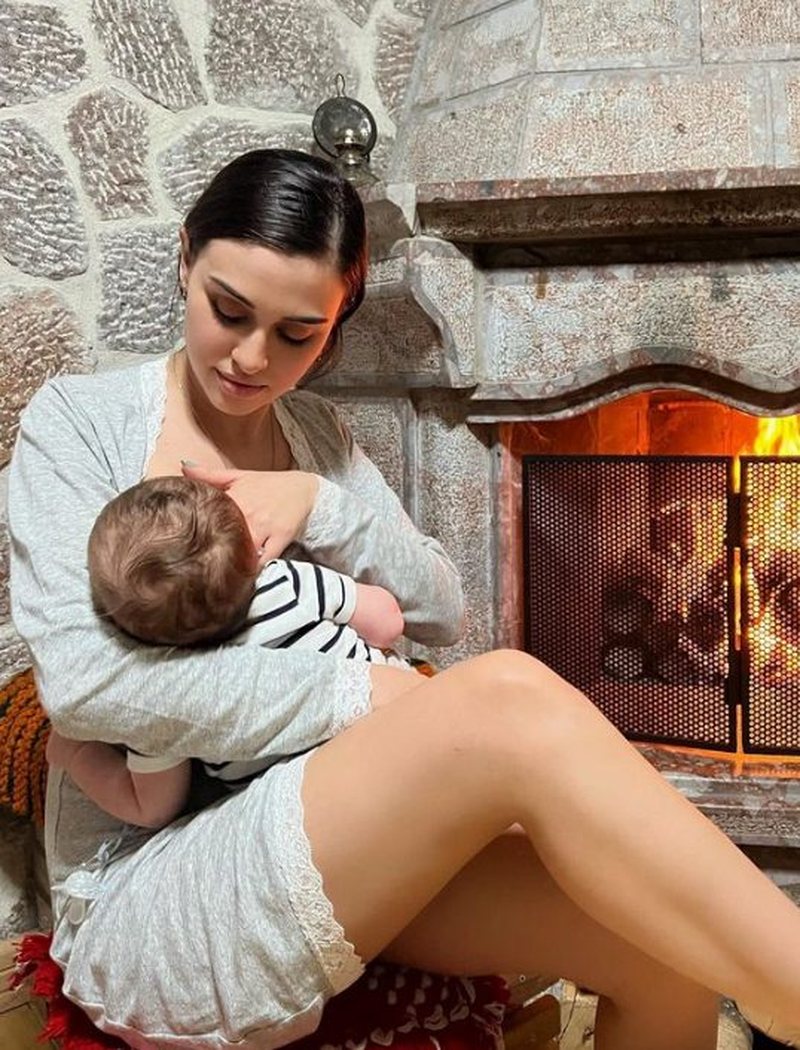 As during pregnancy, even now that she has become a mother, Dojna is quite active on social networks, sharing the sweetest moments with her son.

Like this last one where she is seen next to the fireplace with her little one. In addition to the image, the moderator also gave an important message to everyone.

"This year gave me the whole world! Keep your heart open, and your soul always warm ♥?", - writes Dojna.

Previously invited to "Goca dhe Gra", Mema confessed everything about her experience during pregnancy, and the period after the birth of her son, Nolan Sol.

The moderator said that at the beginning it was difficult to give birth through cesarean section (with surgery), but now she was happy about her choice.

"I had a complex with the fact that I was born by caesarean section (operation) and not by natural birth. This has been the most complicated part that I have suffered a lot. Luckily I had Vlashenti nearby. Until the last moment, I went to the hospital with the idea that I would give birth myself. I was panicking, I hadn't even thought about the moment of birth and when it came...I wasn't really ready.

But if I had a gradual follow-up, maybe I could have coped, but now I am happy about the choice made. I had a very easy pregnancy, I experienced it very well. I was born at 41 weeks because the baby was a bit 'lazy'. It's good that all women follow a regime not to consume harmful things, despite the fact that I ate pizza" - said Dojna.