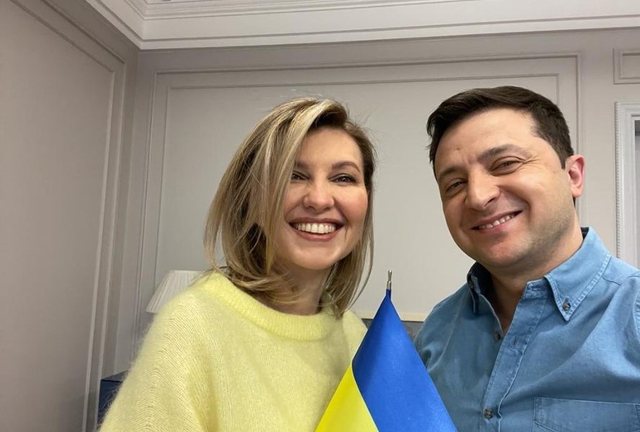 Volodymyr Zelensky is photographed with his wife Olena for the first time since Russia invaded Ukraine almost three months ago.

The couple were seen together at the funeral of the country's first president in Kiev. Volodymyr and Olena Zelensky walked together and laid flowers at the coffin of Leonid Kravchuk, who was the first president to lead independent Ukraine after the collapse of the Soviet Union in 1991. 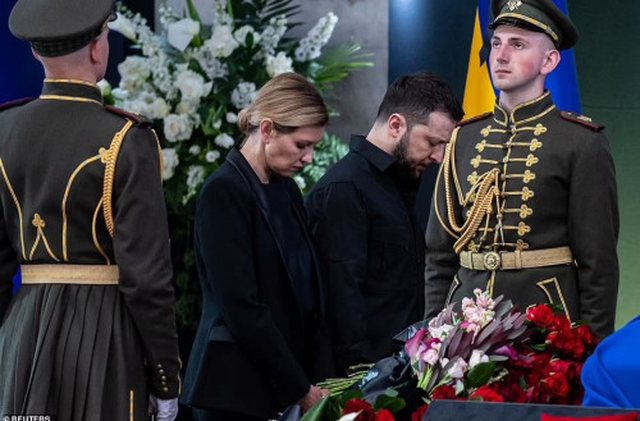 He passed away at the weekend, at the age of 88, after a 'long illness'.

The Zelensky couple were joined by other personalities, including the mayor of Kiev, Vitaly Klitschko. 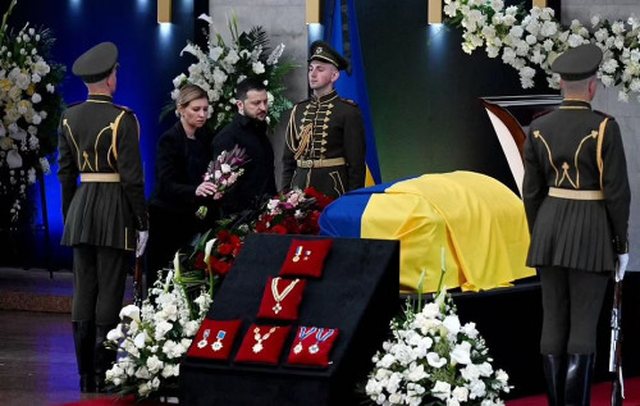 Olena's public appearance comes a month after she revealed she had only communicated by phone with her husband since the outbreak of war, for fear that their reunion in the Ukrainian capital would endanger her and their two young children. 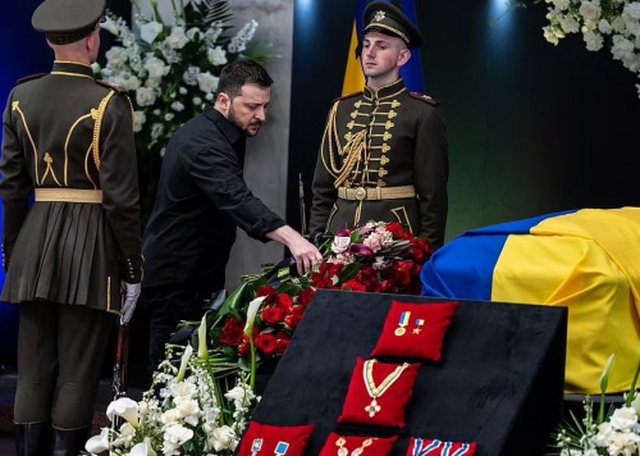 As she recalled the moment the war started, Olena said: "Zelensky woke me up when he heard the first Russian missiles in the city and told me 'Start'."

As Ukrainian troops arrive to protect Volodymyr Zelensky from Russian soldiers, Olena and their children Alexandra, 17, and Kiril, 9, leave. It is not known exactly when she returned to Kiev, but the couple spent at least six weeks apart. 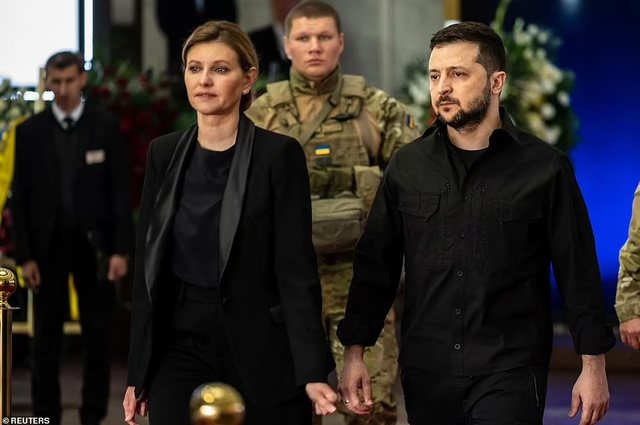 Asked what she said to her children, the First Lady told Vogue: "There is no need to explain anything to children. They see everything, like any child in Ukraine. "Of course, this is not something that children should see, but you can not hide anything from them."