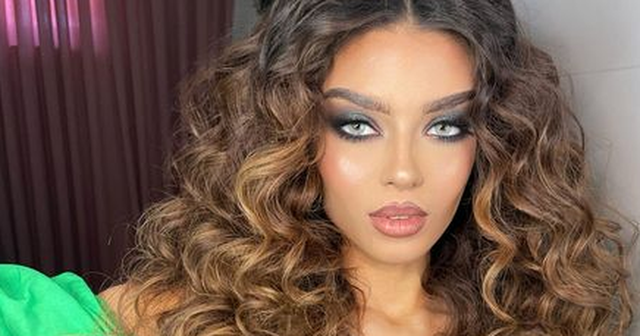 Since she became part of "Për'puthen" she immediately got all the attention and was commented a lot on the network. The reason was also her statement from the first day on the love show, where she said she was a virgin.

I understand that it is about Sindi Locin, who is already quite active on her profiles on social networks. She occasionally posts different photos on "Instagram" and has virtual conversations with her followers.

Recently, Sindi has posted a video where she appears very provocatively in a red dress.

While the said images have received many likes and many compliments, there have been followers who have criticized it. Some fans think that she has changed a lot since participating in "Për'puthen".

"You are terrible Sindi, at least don't play the moral here", wrote a follower, to whom Loci decided to reply.

"Why my Mrs. IGNORANCE morality is seen in clothes??? Go find some scandal about me if you want and then talk about my morals... I doubt you will find anything that a woman with such character and morals will always remain regardless of scumbags like your work who want to tarnish her... The truth remains true", the ex-competitor of "Per'puthen" returned harshly. 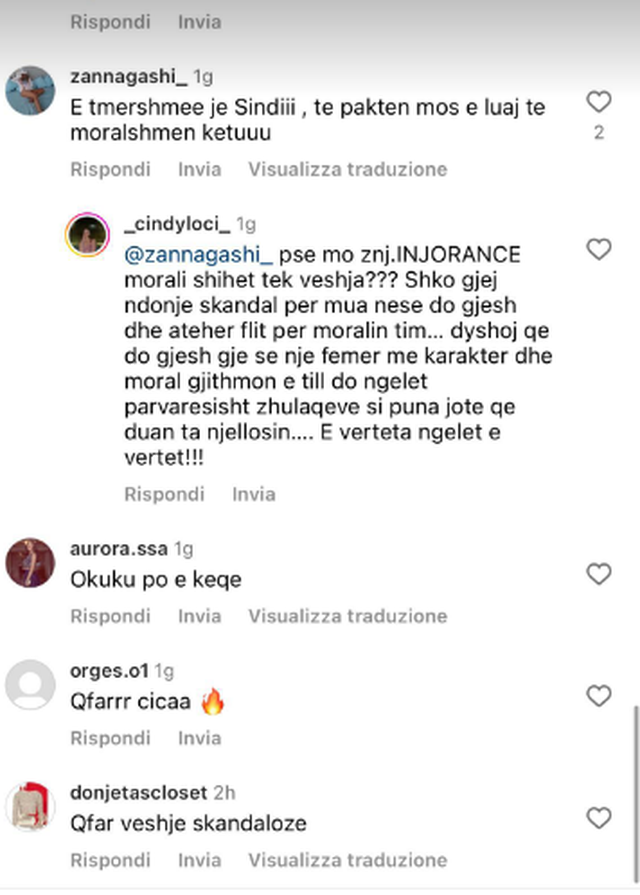 This is not the first time that Sindi Loci has received criticism from her fans for dressing and exposing too many body shapes. And she occasionally responds.

What happened last night? A fight breaks out between Efi and Tea: I'm leaving, brother, you're not well, it depends on how you give it

In the most famous house in Albania, there were many debates and ours was strong...

Eni Çobani narrates stories from her life like never before: I was working as a lecturer, my father-in-law hung up on the secretary of the university and the reason was...

Eni Çobani, invited to the "Taste of Home" show, also told a story that h...