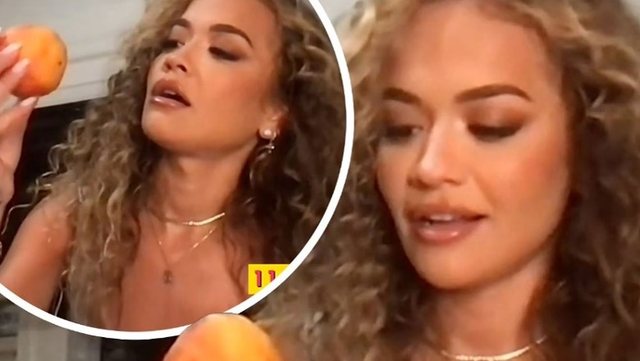 The Albanian singer Rita Ora has recently grabbed the attention of the media during a television interview. Rita Ora has caused laughter in the studio, since during the interview on the show "The Big Breakfast" she took a peach, but called it an apple. This 'mistake' cost Rita Ora a lot, as the video is making the rounds on the network.

“Look at this dusty apple! Can you look at it?" she said, adding: "I don't even think it's an apple. I think it's like a sour pear," added Rita.

Host AJ told her it's a peach.

"Rita is definitely a lady who doesn't go to the supermarket," Mo joked.