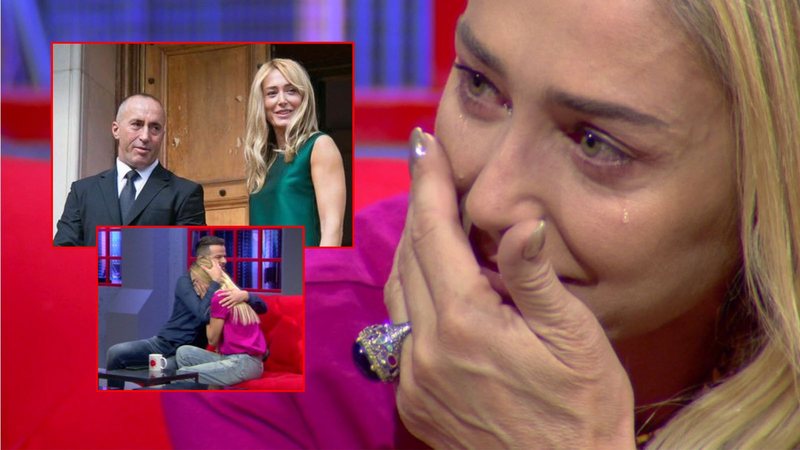 Anita Haradinaj was on the program "Abc e Pasdites" with Ermal Peçi this Thursday. Detached from the rehearsals of "Dance Albania", Anita appeared sporty on the screen and with the sportsmanship that characterizes her developed the entire conversation with Ermal. She said that during her stay in Tirana because of the dance show, she missed the children a lot. Of course, during the conversation there would be emotional topics, such as the moment when Ramush Haradinaj had to stay away from his family.

Ermali reads a passage to her as she once spoke about Ramushi's absence during the birth of her second son. That was enough for him to burst into tears:

"Oh, who did you call here to make me cry or... did I tell you we leave things behind and then find the beautiful colors of life. That period, what it was and how I felt, I should have been crying. But I chose not to cry anymore. First, I was not so grown up and so mature then, today I judge sensibly. I was 23, 24, 25 years old then. You are more emotional and sensitive in everything. If he was at today's age, maybe I would have taken the feelings better, more rationally. I don't know what I went through".

Has it been easy to be the wife of a prime minister? Anita said that you are not only the prime minister's wife because you have all the responsibilities, duties, judgments and prejudices. However, she emphasized that: "He is the manliest man in the world."

Meanwhile, regarding the political atmosphere in the two countries, she said that she does not want to get involved in politics, also when Ermali asks her about some of the public political figures such as Albin Kurti and Vjosa Osmani, she has no opinion, while regarding Atifete Jahjagë, she underlined that "very respectable, beloved" and for Hashim Thaçin he said: In the period he has been, he has served well, I think".