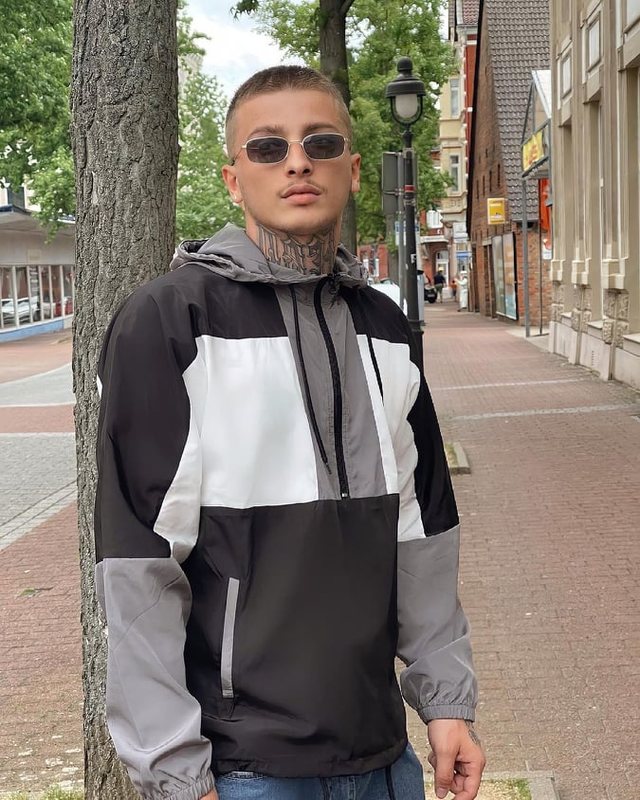 The well-known Albanian rapper, Fero, on March 22, 2018, got involved in a quarrel together with two of his friends. In the spring of two years ago, the manager of Feros, Mehmet Elshani got involved in a quarrel with a person named Lorent Bajrami. After a momentary dispute between them, Mehmet Elshani used violence against Bajram, while Fero and Avdullah Islami threatened him with weapons and dangerous metal tools.

Specifically, Feronit Shabani, known by his stage name as Fero, is accused after this event that he owned, controlled and possessed an Electroshock with batteries of the company TW-801TYPE, in violation of the applicable law regarding such weapons.

Fero is accused of having committed the criminal offense "Unauthorized possession, control or possession of weapons" under Article 374, paragraph 1 of the Criminal Code of the Republic of Kosovo, which is punishable by a fine of up to seven thousand five hundred (7,500) Euros or imprisonment of up to five (5) years.

Meanwhile, today, in the absence of the main accused for assault, Mehmet Elshani, it was decided to postpone the initial hearing.

Islam is being accused of threatening to use a dangerous tool, while Shabani is being accused of illegal possession of weapons, reports "Oath of Justice". In these circumstances, Tuesday's hearing was adjourned to September 8, at 1:30 p.m. Present in the courtroom were the prosecutor Bashkim Zeqa, the accused Feronit Shabani and Avdullah Islami, as well as the latter's defense counsel, lawyer Nazim Mehmeti.

The indictment in this case was filed by the Basic Prosecution in Prishtina, on February 13, 2020.

"I am in love", the former contestant of 'Përputhen' leaves everyone speechless with her statement: I want to become a mother without a father!

What happened? Ermal Mamaqi and three actors of the 'HOT' series end up in cells

Police surround the Cadastre offices of Tirana, Klodiana Lala reveals who the three arrested are (NAMES)

Other shocking details from the life of Britney Spears, who shared 55 hours after she married her childhood friend: Some men dressed in black ...

Surprises the moderator of 'Top Channel', reveals that she has found her girlfriend, but will never make it public for this reason

The well-known Albanian moderator returns after a long absence, on which screen will we see her?

Rudina Dembacaj reveals why for her marriage is the worst habit and talks about the relationship with Mark: I will do the ceremony but I have a condition for all the guests ...

"I have not met the girl for two years", the famous actress recounts through tears the most difficult period of her life (PHOTO)

Fiori Dardha confesses for the first time her illness that she has been suffering from for a long time: I have even taken to bed, she has been beating me for days…

"Our Beast" / Actress Arjola Demiri sets the network on fire, publishes sexy bikini photos from holidays in the south of the country, fans 'go crazy' after her

Well-known Albanian actress, Arjola Demiri knows how to always be in the spotl...

"He stayed in the shower for a long time" / The famous actor of "Gladiator" is found dead, suspicions are cleared

Scottish actor Mike Mitchell, who has starred in major films such as "Gladiato...

Shocking details emerge about the life of the famous singer, how her mother forced her to separate 55 hours after she married her childhood friend, the ex-husband says: We lived a nightmare!

Shocking new details have emerged from the life of the famous singer, Britney ...

While we were waiting ... Xhevdet Mustafa (Part...

"Sparkata" of an aspirant for prime minister be...