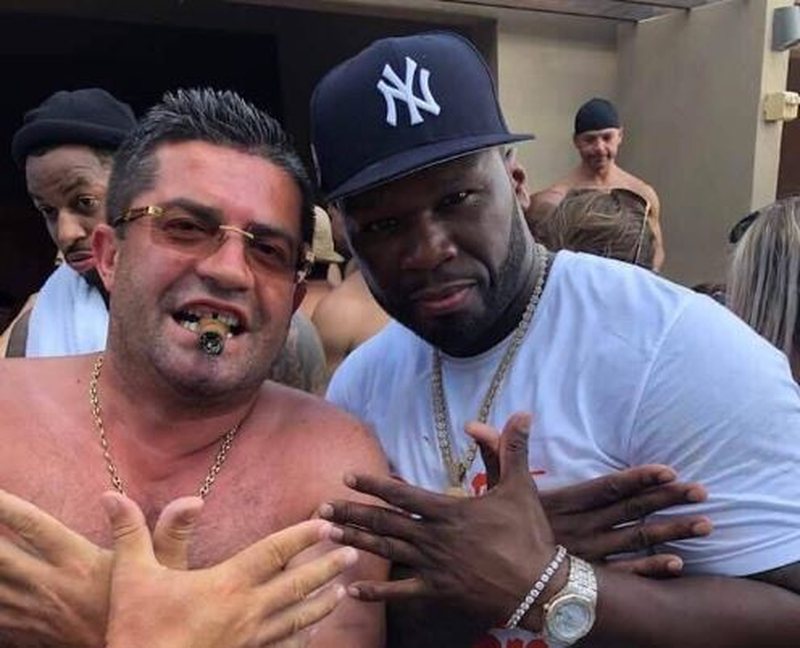 The symbol of the eagle is the one that distinguishes us all over the world. The black, double-headed eagle placed on the red flag is among the most ancient elements of our culture. Recently in all countries Albanians are spreading even more the sign of the eagle made by crossing their hands between the chest. This symbol is being widely used by well-known Albanian personalities, who celebrate their success by crossing their hands, proudly showing the world their origin.

But not only. The list is joined by foreign characters, including 50 cents. The latter is holding several concerts in several different countries of the world. In a video posted on TikTok, the rapper is seen on stage performing and at one point makes the symbol of the double-headed eagle as he says something that is not understandable. He has probably seen some participants with the Albanian flag or making the eagle.

This is not the first time the rapper has made such a gesture. Even a few years ago he was photographed doing the double-headed eagle with another person.

His name is listed among the most famous rap names in the world. Although not very active in music, 50 Cent undoubtedly remains one of the most famous and beloved international artists.

Party at Arben Derhem's house, appears as rarely in public with parents and has a message: Happy that you are so strong! (PHOTO)

The summer could not be more beautiful than this for Eni Vasili, the journalist publishes the rare photo

Arbana Osmani shares the bad news with her fans, cancels her project and reveals the reason: I decided not to...

Do you remember "Marigoja" that kept us all glued to the screen? The actress knows no age, you won't believe how she looks today. Elvira recounts the sad moment when her daughter passed away (PHOTO)

After the publication of the last photo, Rozana Radi faces the unexpected. Here's what happened to the singer

"Gjynah, they need..."/Rudina Dembacaj openly stung her ex-husband and his new partner? Here's the post he regretted and deleted. The status is published

Although actress Rudina Dembacaj crowned her love with Mark Frroku for more th...

The tragic death of the actor and his wife in the USA, the well-known Albanian moderator touches everyone with her dedication: I shed tears for the loss of 3 lives! Friend you will always be remembered for...

The serious event in New York, where actor Florind Belliu and his pregnant wif...

"How did you get through it so easily?"/ Actress Delinda Disha opens her heart and talks about the loss of her twins: I suffered a lot...

Comedy actress Delinda Disha shared with her followers the sad news of the los...