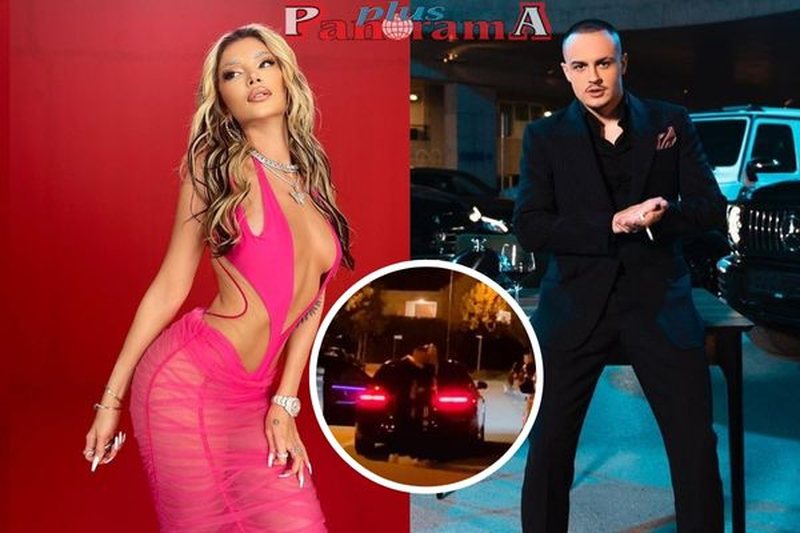 A few days ago, a video of two Kosovar artists, Era Istrefi and Don Xhonit, was quickly shared on social networks.

The two artists are seen behind a parked car on the street talking to each other and then embracing. It was said that the pair met during the late hours in Pristina.

After many hints, the artists have finally revealed the reason for their meeting. For the first time, Era and Don Xhoni will bring a musical collaboration which will be released on September 29.

We remember that Don John ended his relationship with the Russian model Ariana Lirey, making a big fuss. The news of his and Ariana's separation was confirmed by the model herself through several posts on "Instastory". After some accusations from Ariana, the rapper also reacted and said that he has great respect for the model as she was part of his life and that he will never forget her. The rapper also said that everything has an end and advised the model not to play the victim as she is not. On the other hand, the Russian model retaliated by saying that the mask of the good boy would fall. A few days later, Don John's ex reacted again in the 'story' and said that he broke up with the rapper because they are different from each other and that she made the decision to end it.

On the other hand, Era Istrefi, who is very reserved about her personal life, was asked some time ago if she is in a relationship.

But the singer denied it, saying: "It's not complicated, I'm definitely not in a relationship."

We remember that in the pink media, last year, the news spread that the singer had started a love affair with the son of an Albanian businessman. According to reports, Era Istrefi was seen in several premises in Tirana in the company of her partner while staying in the south at the resort where her boyfriend lives. Meanwhile, Era Istrefi has not responded to these rumors.