Ronaldo Sharka reveals why he didn't have good relations with Olta: I understood that he wanted to manipulate me... 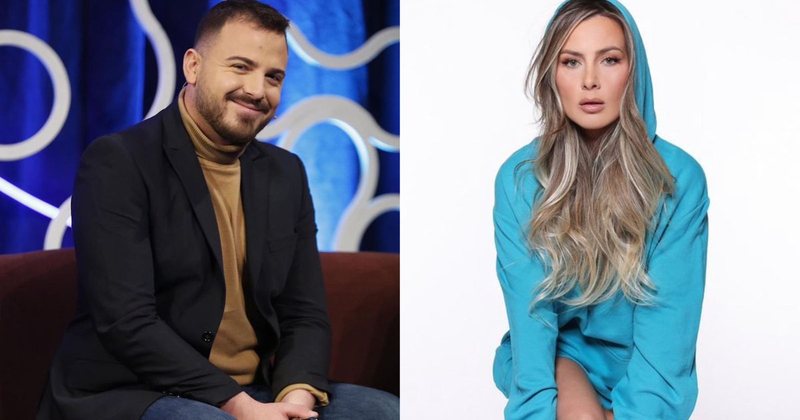 Today, the journalist and former resident of the "Big Brother VIP" house, Ronaldo Sharka, was invited to the "Pardon My French" show. He talked about his experience in the most popular house in the country and beyond. Ronaldo has shown that after leaving the house he was received quite well and has shown that he is complimented a lot.

What does Ronaldo Sharka think about the part of his journey when at one point in the game he was positioned in Olta's 'group' and then switched to Luiz?

The relationship with Olta has started like this since the beginning, as I said, endless clashes when we were in the trailer, throwing pins, signs of arrogance that we asked her for help for something, even for broadcast collaborations that we did in there, while she simply said: " Yes, you are coming out of the fence". When she knew very well that we could not get out of the fence. Inside then Olta approaches me, she was the one who approached me first and I just wanted to give her a chance to get to know this person because maybe it's not the way she acts, maybe she's beyond the role I thought she could have chosen but then I realized that Olta wanted to manipulate me, she wanted to use me and just have me on her team and the climax was when I apologized for something and she took that and used it around the house and I realized that we had no point in each other's relationship. It's not that I went back to Luiz, but we reformulated once again.

Kiara feels 'danger' for Luiz? The moderator comes out with the last statement: Ishalla leaves Tea, Efi's 'spike' is not missing either

Bora Zemani "betrays" Donald, reveals her partner's "secrets" to her followers, this is the reason for her absence on social networks

Bora Zemani has been in the headlines of the media for more than a year now, sta...