"As soon as I pulled out my head, the police told me to respect", actress Marjana Kondi recounts the embarrassing event that happened to her husband 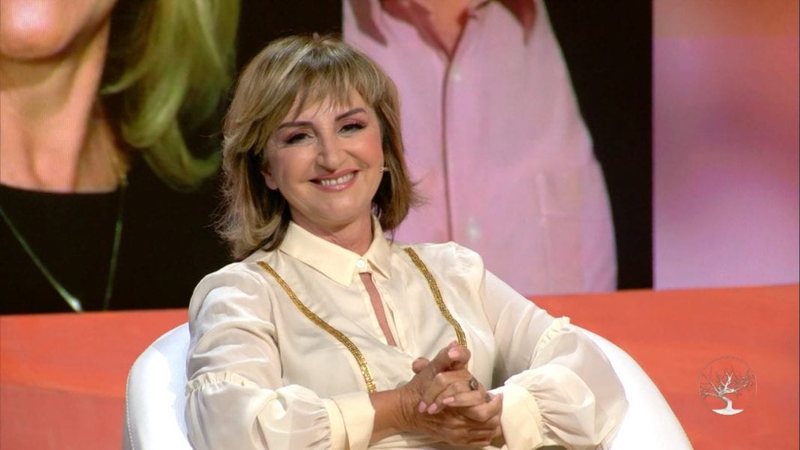 Marjana Kondi is one of the most beloved actresses for the Albanian public. She has recently spoken about her private life, while dedicating a few heartfelt words to her husband.

When asked if artists have time to make love, the actress said:

"Wow, how come they don't have it ?! Of course! I am one of those who just love, just love people. "Even if there are people with good character, I am endlessly in love", said the actress.

She told the story of what had happened to her husband, who was giving her the car at speed, but at one point was stopped by the police.

"I love you endlessly! Has that good intelligence. No one has the brain he has, not here, not even in the world. He is good, he is calm, he stops me in things… But even without me he can not do. The police caught him, because he was giving the car away quickly. The policeman was fining him and telling me 'you spoke'. I told him 'I do not want', because I had told him not to give the car away quickly. As soon as I turned my head to the police, he said: 'Respect', Marjana Kondi confessed.

Thumb for Bieta Sulon? Roza Lati does not stop, publishes the 'LAST BULLET' and makes the strong statement: I do not eat at all that ...

"To whom do you surrender?" / Rovena Dilo tells the unexpected and embarrassing moment with a man in the bar

Gent Zenelaj speaks openly, shows what he faces in the auditions for the show's veils: We do not know them when ...

Bad quarrel breaks out between the well-known moderator and Bieta Sulos: He invited me to the show and offended me

There is a quarrel in the show, Arjan Konomi explodes: Masculine and perverted mind

Armando had a strong confrontation with the opinionist Arjan Konomi in today's e...

"If you do not withdraw from your statements, we will meet in court", quarrel between competitors on Top Channel: I am afraid that they will come out ...

Stela and Armando have faced each other today after the recent quarrels that led...

Fjoralba Ponari has become one of the most beloved moderators for the Albanian p...

"Today you only become a millionaire with drugs and sex", Roza Lati shows the reason why she published provocative photos that "ignited" the network

A few days ago, Roza Lati caused quite a stir on social networks with her late...

"Should she be a virgin?" / The former contestant of 'Përputhen' shows how much she loves her partner and surprises everyone with the answer

Former "Match" contestant, Cindy was recently invited to the show "Abc of the Af...